After many years of political instability, Napoleon Bonaparte crowned himself emperor of France in 1804.  This style fits in to the second phase of Neoclassicism inspired by ancient Greece and Rome and was important in architecture, decoration, and furniture design. We wanted to take a moment to celebrate the Empire style with its rich history and ostentatious influence by Napoleon Bonaparte.

As the Empire period began, the economy was booming and there was a strong desire for fine furniture and decoration from the new bourgeois aristocracy. During the height of this period, Napoleon directly influenced many aspects of decoration and design by dictating requirements and guidelines that artists and craftsmen had to obey. He promoted this style as a means of propaganda and a way of showing off the Empire’s power. The Empire style spread to other parts of Europe, where it was also associated with political power. 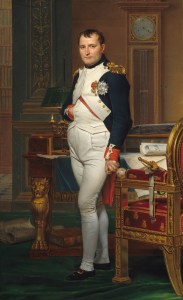 Napoleon was fascinated by the political power of the Roman empire, the extent of its influence all over Europe and as well as the details of its architecture style. Napoleon the 1st, wanted to give France the same grandeur and he reused the Roman aesthetic in its construction of buildings and furniture. The Empire style drew most of its inspiration from the Classical world, especially the Roman Empire and often incorporated large architectural elements such as columns and pilasters. Ancient Egypt also started to be an influence after a French military campaign there awakened new fascination for this civilization. The characteristic furniture types were a bit stiff but imposing: their flat surfaces and sharp corners, together with their lack of moldings, produced an effect of grandeur that was not without beauty. Antique forms and ornament, already seen in the Louis XVI style, blended with Napoleon’s imperial symbols, which included the bee, the letter N surrounded by a laurel wreath, stars, the eagle, and exotic hieroglyphic motifs culled from the Egyptian campaign

These characteristics are all found in various pieces we have here at Jean-Marc Fray. When designing a space we often mix our Empire pieces with a variety of other styles. The empire style always brings a strong dignified classical element to the design without drawing too much attention away from the other styles we pair it with. The overall mix of styles also emphasizes the linework as well as the natural materials found in our Empire pieces such as the iconic cuban flamed mahogany. Here are a few of our favourite Empire pieces as well as some of our designs highlighting this style. 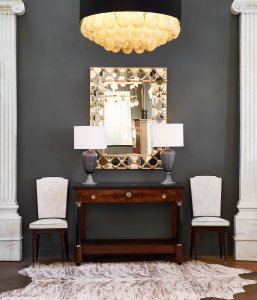 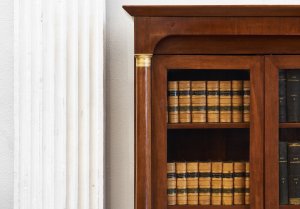 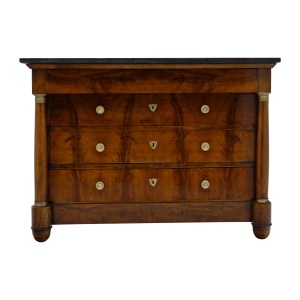 Mahogany was the wood of choice. When it became unavailable due to a blockade, walnut, burled elm, beech, ash yew root, boxwood, olivewood and maple was used.  Bronze fittings were placed symmetrically on flat surfaces. 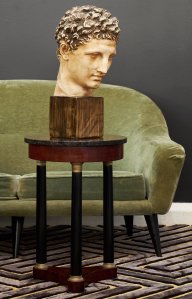 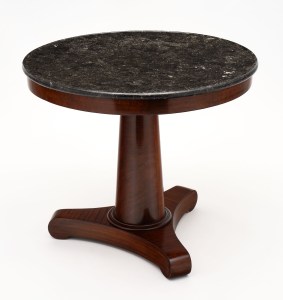 The most characteristic Empire tables are usually round, massive versions of the gueridon type and frequently served as dining tables. Seating was usually made of mahogany, was heavy and the backs were always upholstered. 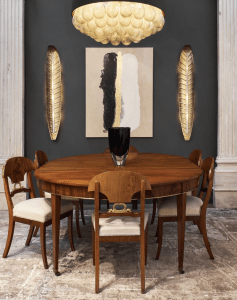 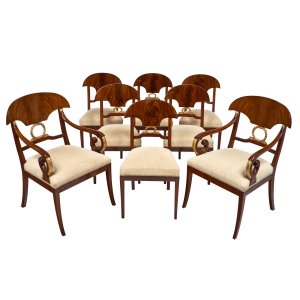 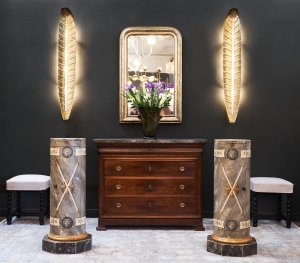 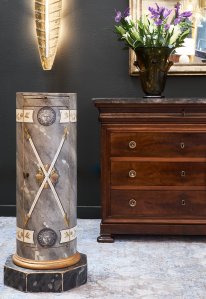 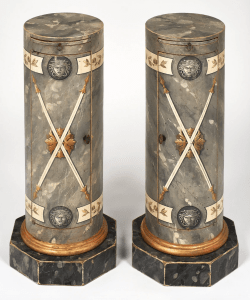 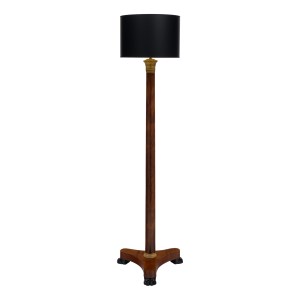 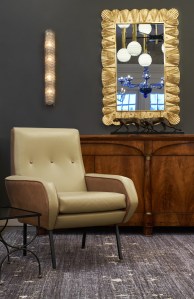 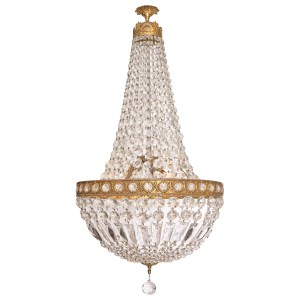