For years, we at Jean-Marc Fray have had the pleasure of working with Sherwin Rivera Tibayan as he photographs each new piece we bring into our gallery. His beautiful photographs of our furniture and lighting are an essential element of our business. We are also fans of his fine art photography and are thrilled to now have several of his pieces available on our website and in our gallery. Get to know Sherwin yourself in our spotlight interview below! 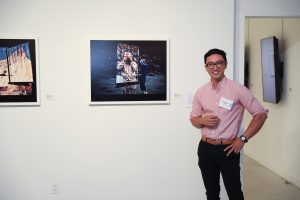 Tibayan at the Houston Center for Photography

How did you get your start as a photographer?

It wasn’t until I was living in Austria after college that I began to think about photography as something that could posses and transmit more than its obvious documentary quality. I was an English Language Teaching Assistant through the Fulbright Foundation and working in a small town called Feldbach. My camera was just for taking casual pictures to send back to my parents and friends in the US.

But on a trip to Vienna, I went to the Albertina museum and came across an exhibit of photographs by Bernd and Hilla Becher. Their conceptually charged typological photographs of industrial objects—things like water towers and blast furnaces—really confused and floored me. It wasn’t long before I discovered the equally confounding and masterful works of other photographers like Hiroshi Sugimoto and Cindy Sherman.

Tell us about your art process?

I think acts of repetition are fundamental to most of my projects. Usually I wait until I notice some object or process in the world that confuses or frustrates me, and then I try to orchestrate photographic ways or situations that help me repeat and reanimate this encounter, looking for similarities and differences along the way. The “_cloud_” project is by far the most extreme version of this tendency! 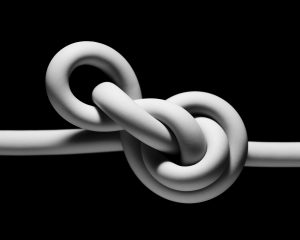 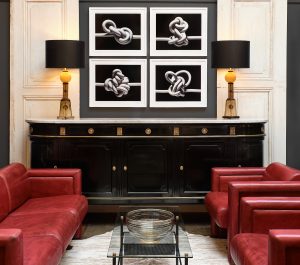 What work are you most proud of? Why?

I still spend a lot of time amused with an older project called “Index,” which involved me typing up Susan Sontag’s famous collection of essays, “On Photography,” into a searchable Word file and then reading the “Chicago Manual of Style” to learn how to write an index for it because it didn’t have one.

More than any of my other projects, its simplicity of presentation and apparent utility helps me consider how slippery and subjective anything that’s presented as objective and authoritative actually is. The index looks like what we would expect one to look like; nothing about it says we should have doubts or or feel uneasy; if it says something’s on page 59, then that’s where you’ll find it in the book. In fact, a lot of people think the project was just me enlarging an existing index and putting it in picture frames, as if it just existed in the world already.

But the thing is, I’m the one who made it! Who am I to make that thing, claim that authority? I mean, I selected some things to include and kept other things out. It’s actually kind of looney to think about. I laugh every time I see that index. 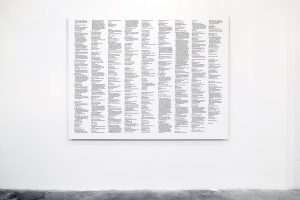 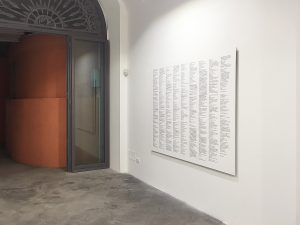 Besides photography, how else do you spend your time?

I’ve been a rock climber longer than I’ve been a photographer, almost at the 20 year mark! It’s for sure taken me to more beautiful and memorable places than photography has. Like photography, climbing is a practice that rewards you when you pay close attention to the subtleties of the world, and affirms a personal belief that we can and should make efforts to move with grace and levity in the spaces we occupy.

I think that the Harry Ransom Center and the Blanton Museum, both at UT, are my favorites. In fact, the Ransom Center houses the earliest photograph in the world, which was made in the 1820s in France by Joseph Nicéphore Niépce. They also have a Gutenberg Bible on display! To have those two objects in such close proximity—each so important to the history of mechanically reproducible texts and images—is kind of surreal. 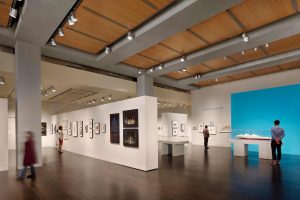 Favorite places to eat in Austin?

A current favorite is Peached Tortilla. An all-time favorite is Micklethwait Craft Meats.

Tell us about a favorite JMF piece you’ve photographed.

I have the fantastic opportunity to photograph so many striking and delicate objects at the gallery, each one showcasing their unique histories on their surfaces, but the one that stands out most was an elaborately carved 19th Century wood butcher table from France. The working surface was made up of fitted square columns of wood and meant to take heavy abuse. I remember quietly running my hand across this surface and feeling the curving rise and fall of the wood, almost shocked and drawn to the physicality this table embodied. It instantly reminded me of a favorite passage of mine from Proust:

“How I loved it: how clearly I can see it still, our church at Combray! The old porch by which we went in, black, and full of holes as a cullender, was worn out of shape and deeply furrowed at the sides (as also was the holy water stoup to which it led us) just as if the gentle grazing touch of the cloaks of peasant-women going into the church, and of their fingers dipping into the water, had managed by agelong repetition to acquire a destructive force, to impress itself on the stone, to carve ruts in it like those made by cart-wheels upon stone gate-posts against which they are driven every day.” 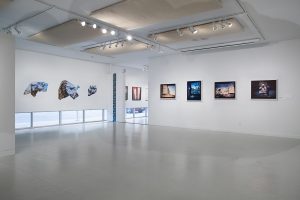 Tibayan’s work at the Houston Center for Photography 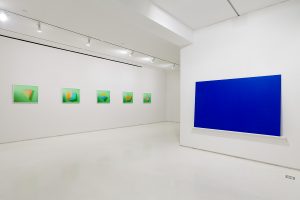