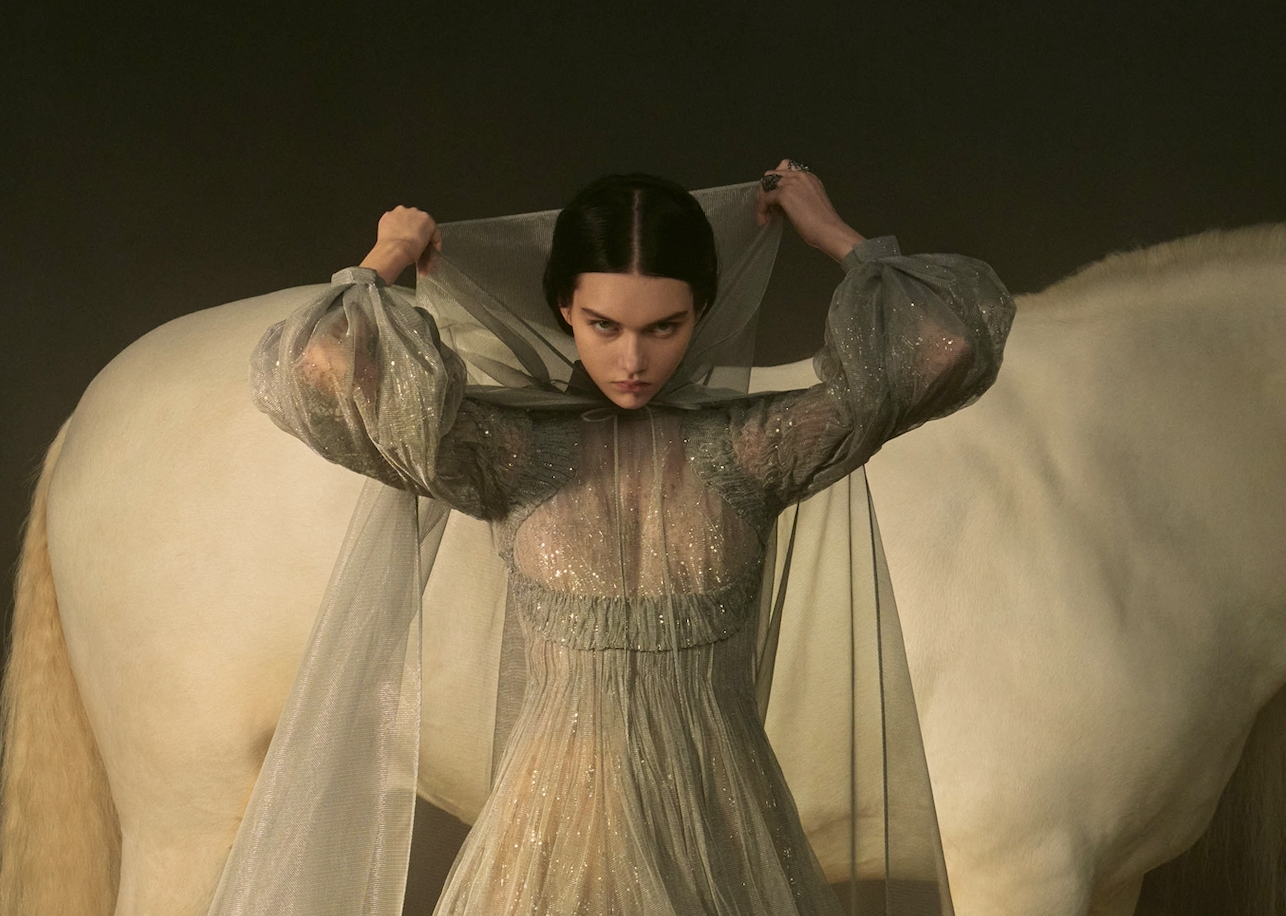 At a time when the future feels less predictable than ever, Dior creative director Maria Grazia Chiuri has taken inspiration from divination, presenting a dramatic collection inspired by the tarot. In an interview with vogue, Chiuri describes how the emotional impact of pandemic isolation is one of reasons that she was drawn to the idea of presenting a tarot inspired collection.

“What was nice for me about the tarot is that when you are in a difficult moment, something that is magical can help us, to help us think better. It’s a long time we’ve all been staying alone. You think much more about many aspects of yourself and your life,” she observed. “That’s my belief: This year changed us a lot.” 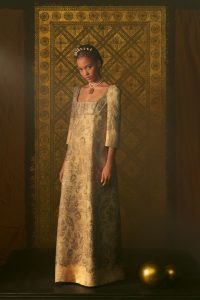 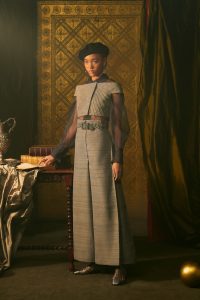 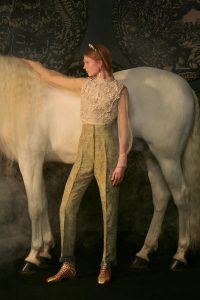 The mystery and history behind the tarot inspired her collection’s reinvented iconography. It embodies an atmosphere of a gilded Italian-medieval-flavored fantasia. Part of her inspiration came from studying the first known set of cards, known as the Visconti-Sforza deck, which was made by Bonifacio Bembo around 1400 to entertain the family of the Duke of Milan. Three centuries later, it was the French who ascribed mystical, fortune-divining powers to the cards, and renamed it the tarot. So, there we are: the deep Dior-Chiuri French-Italian background binding together the season’s collection. 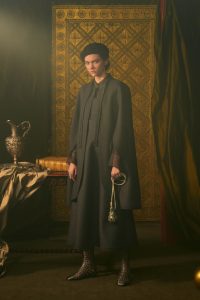 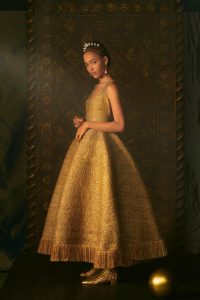 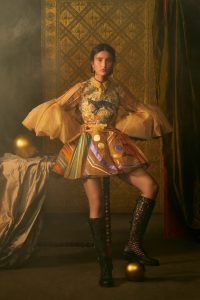 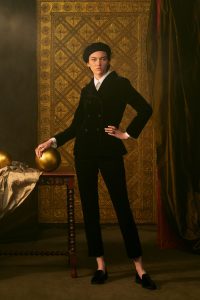 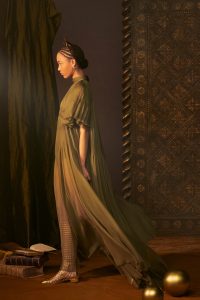 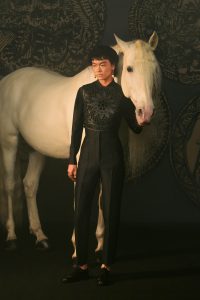 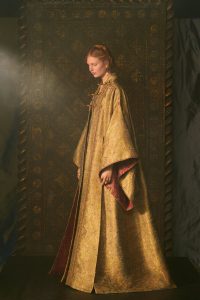 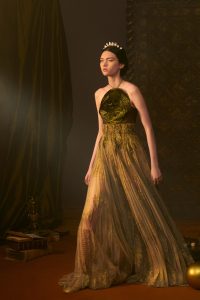 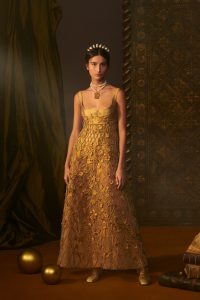 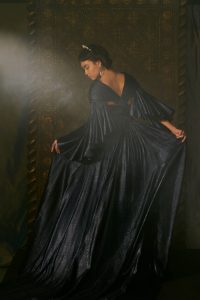 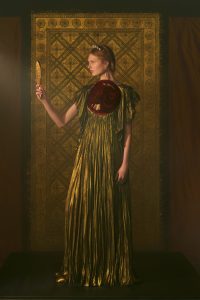 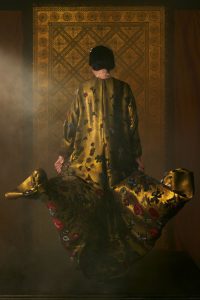 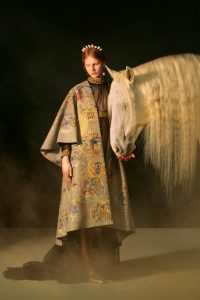 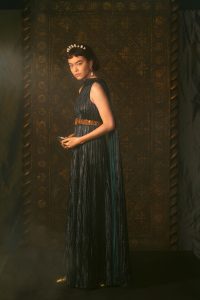 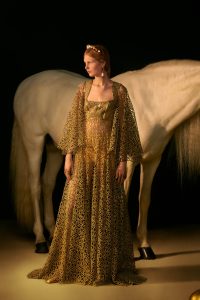 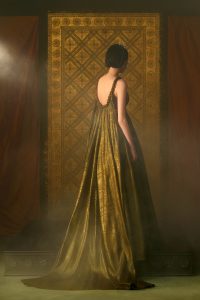 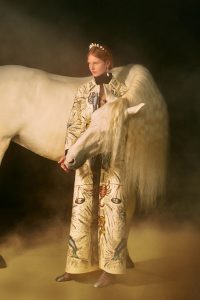 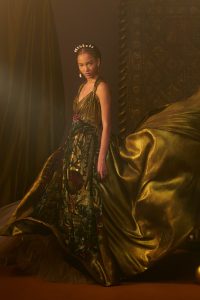 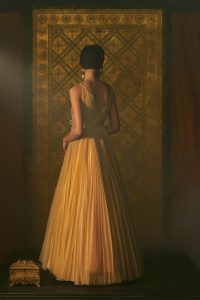 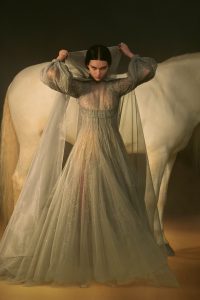 In an interview with cnn she describes the short film she created for the collection. Chiuri commissioned the director Matteo Garrone to make a filmed interpretation. “We decided to film a story about this girl who goes inside a castle. It’s a labyrinth which represents an interior trip. When she meets each of (the tarot) figures, she has to reach a decision about her life. And on the other hand, she meets aspects of her own personality and learns not to be scared of the future.” The protagonist encounters the High Priestess, Temperance, Justice, and Death. There are Renaissance-inflected high-waisted corseted bodices, stately brocade robes, and delicate plissé dresses. Destiny arrives—apparently in symbolic melding of masculine-feminine identities—with a naked kiss in a bath.

Information and images sourced from: