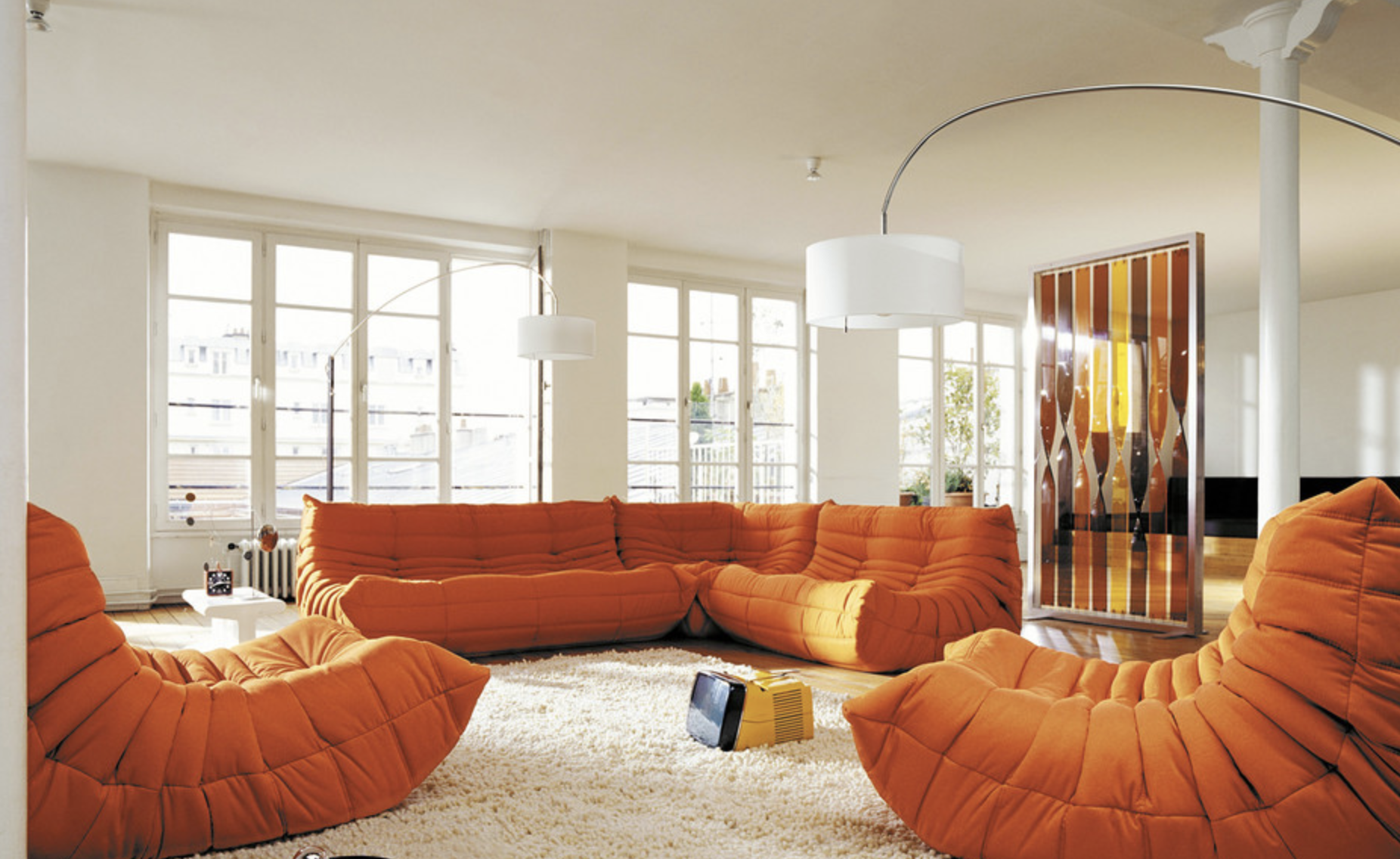 The story of Ligne Roset

In 1860 Antoine Roset, a young, former waiter, opened a woodworking workshop in a small village in the Ain region of eastern France. The company was named Veuve A. Roset and specialized in walking sticks and parasols. Towards the end of the 19th century, as fashion and design were evolving, the company pivoted their focus towards the production of frames for chairs and stools. Antoine passed away in 1893 leaving his company to his wife Marie-Victorine and son Emile. In 1936, Roset produced its first upholstered seats, mainly in leather. 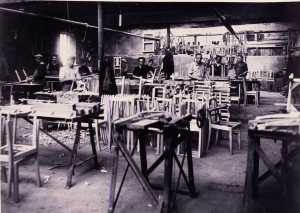 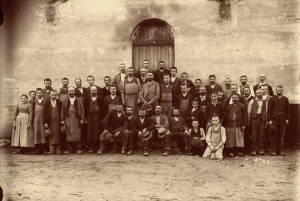 Ten years later the company was passed on to the 3rd generation, Jean Roset, Antoine’s grandson. He played an important role in taking the Roset brand to international acclaim. In post war 1950, Jean wanted the company to meet the demands of postwar reconstruction and redirected production to developing modern, Scandinavian-inspired furniture lines suited for use in schools, universities, hospitals, and other public spaces. The 1960’s and 1970’s presented a timely opportunity to revitalize the company by working with interior architects and designers. The company was producing more experimental designs, often utilizing Dacron foam, aimed at the residential market. Examples include Bernard Govin’s Asmara Modular Sofa (1966), as well as French designer Michel Ducaroy’s Adria Lounge (1968). The Ligne Roset brand became official in 1973 with the very first store opening, alongside the launch of Michel Ducaroy’s  pillow-like Togo Sofa , a timeless, iconic piece that continues to enrapture a captive audience. 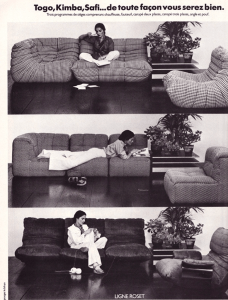 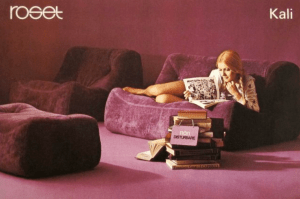 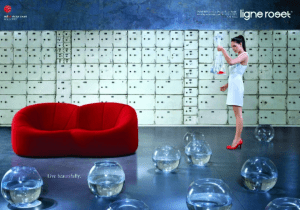 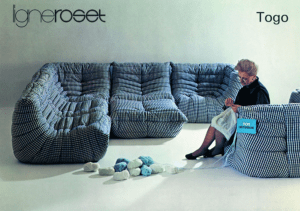 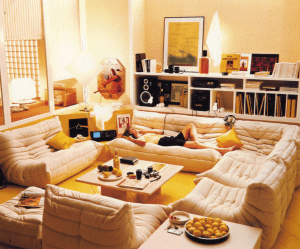 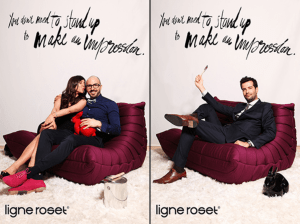 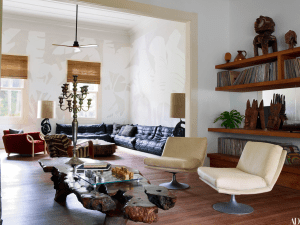 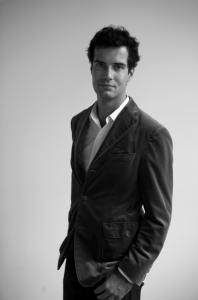 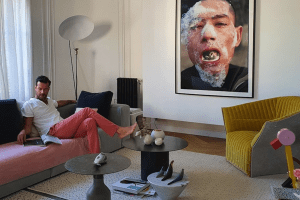 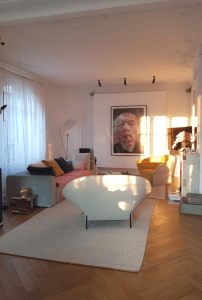 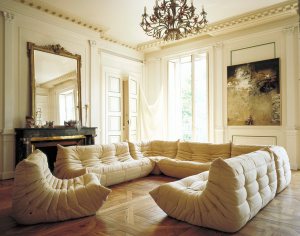