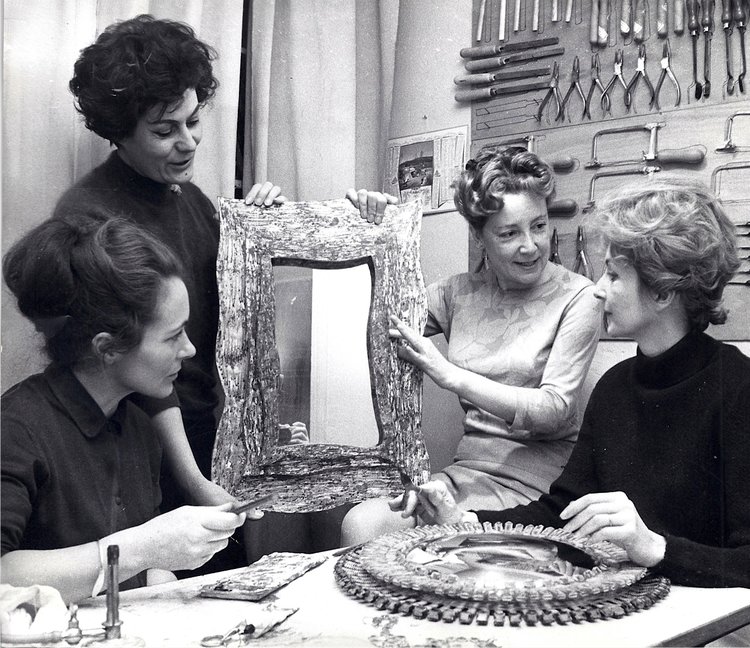 The Mother of Metals: Line Vautrin

Line Vautrin was one of the most unique and fiercely independent artists of her time. The French artist of the 20th century once named “the poetess of metal” by Vogue magazine, created a legacy of inspired work that the New York Times described as “bold, brilliant, barbaric and intricately crafted.” Her distinctive creative vision and refined craftsmanship, combined with her passion for language and symbology translated beautifully into highly original jewelry and decorative objects. 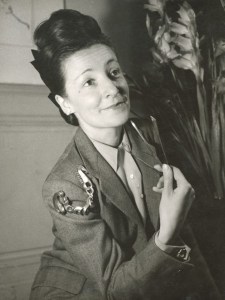 Born in Paris in 1913 to a family of metalworkers, Vautrin was in the shop mastering the skills of casting, chasing and gilding bronze by the time she was 14. At the time, although bronze was limited only to industrial use, it remained Vautrin’s metal of choice when she began creating her gilded and silvered buttons, adornments, compacts and boxes. Vautrin set up a booth in the 1937 International Exposition in Paris, where she gained enough of a following to warrant renting a tiny showroom. During World War II, precious metals were limited and Vautrin’s work in bronze provided a much­ needed escape into romance and delight. 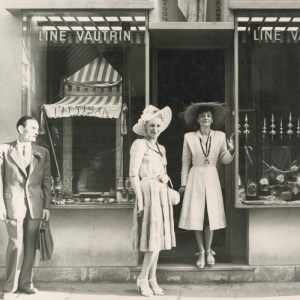 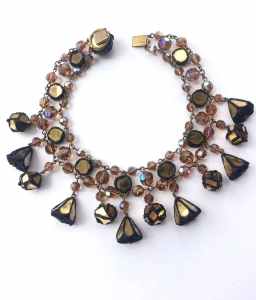 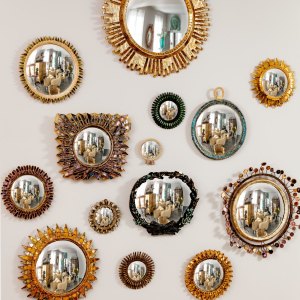 Vautrin’s work highlighted the repetition of motifs, primitive patterns and elements that recall ancient hieroglyphics and pictographs. Her style was influenced by Vautrin’s research on ancient goldsmiths’ work in the archaeological museums of Cairo. Folk tales, lines of poetry and aphorisms were all inspirations for her clever imagination. 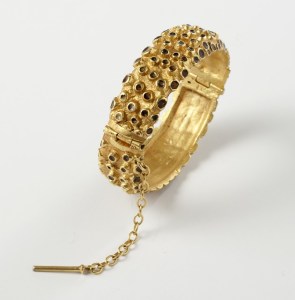 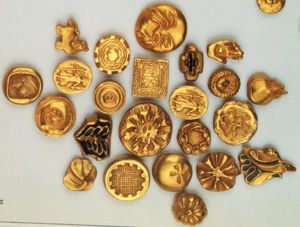 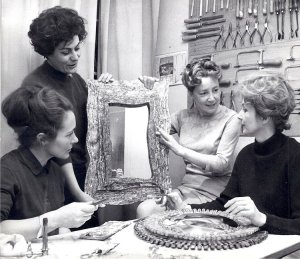 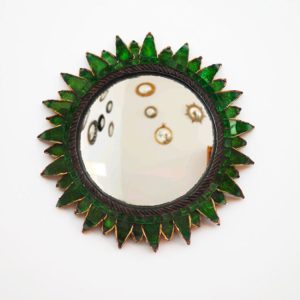 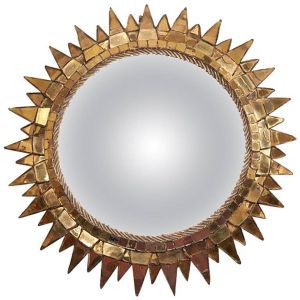 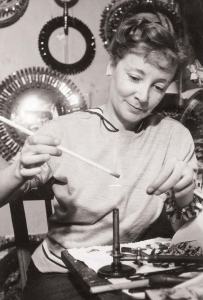 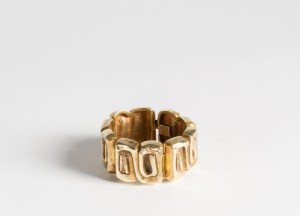 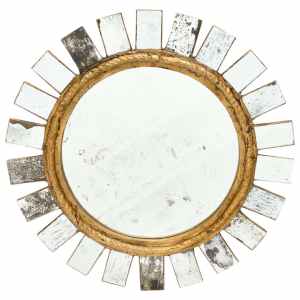