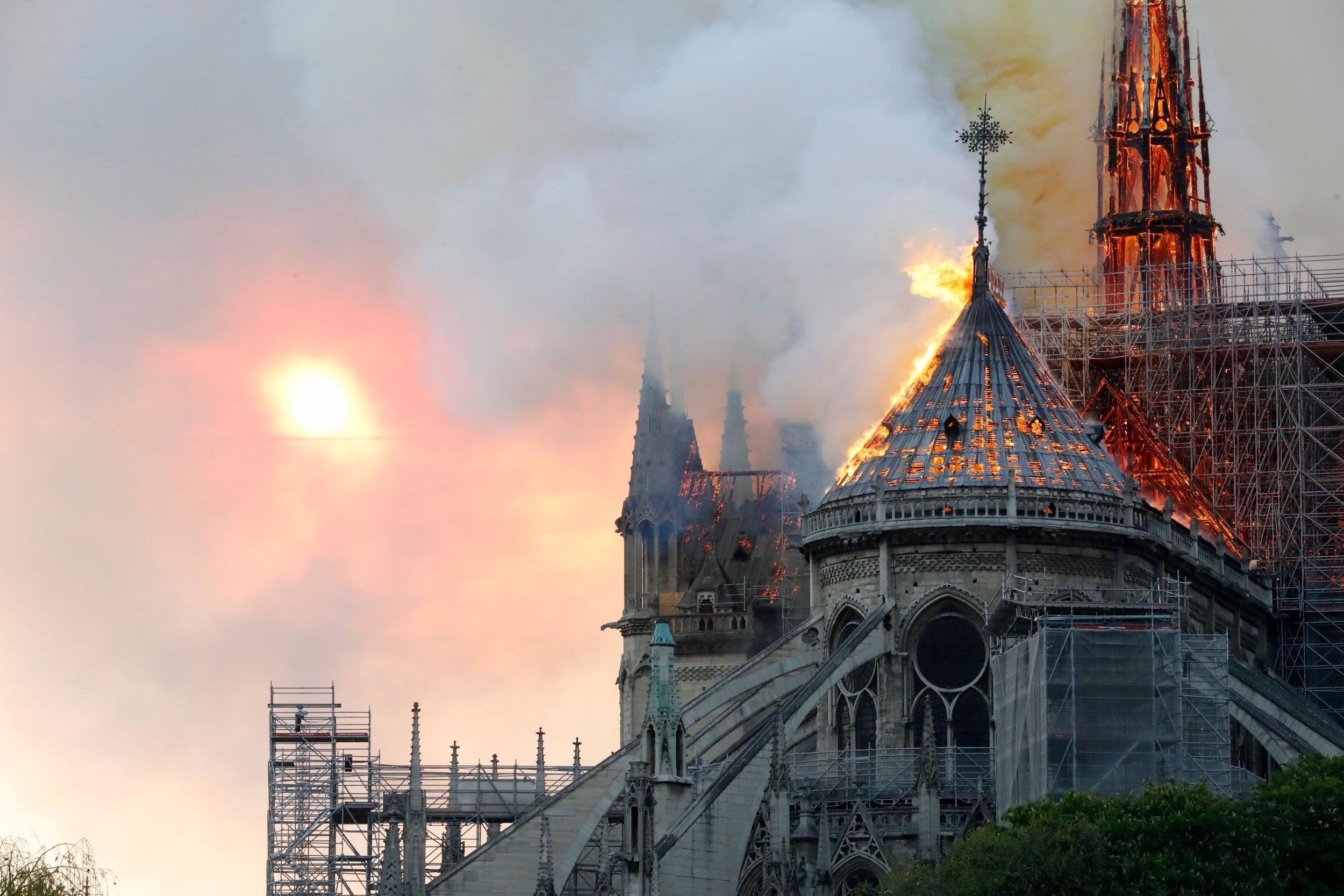 The Future of Notre Dame

On the afternoon of April 16, 2019, the world anxiously watched as one of our most beloved landmarks, Notre Dame, was engulfed in flames. Due to the age and fragility of this spectacular monument, firefighters were unable to quickly subdue the flames for fear that high pressured water would only create more damage to the crumbling infrastructure. 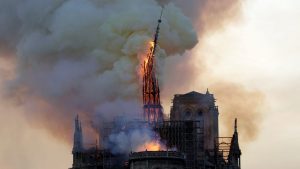 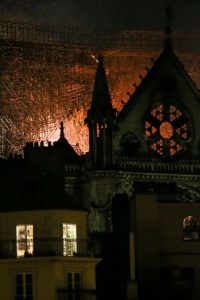 With Notre Dame standing as a charred scar in the heart of Paris, Prime Minister, Edouard Philippe quickly devised a plan for its reconstruction. In April, France announced an architectural competition to rebuild the Cathedral’s roof and spire. The timeline of the project will ideally conclude in five years, coinciding with Paris’s hosting of the 2024 Summer Olympics.

This competition has led to a crucial architectural and art historical debate: Should the Cathedral’s facade continue to reflect its historically traditional architecture or should Notre Dame be modernized in congruence with the 21st century?

The earliest construction of Notre Dame commenced in 1163 and has gone through many changes since. Notre Dame has served as a court of law, a market place, and a sacred space. It has seen destruction during the French Revolution of 1789 and the Nazi occupation during WWII. As noted in an NPR transcript, the spire is a relatively newer addition with architecture only dating back to the 18th century. “Before the 19th century, Notre Dame had no spire,” said Philippe. “It’s Viollet-le-Duc who added it, and this competition will decide whether we should rebuild it identically to the old one, in wood and lead, or adapt it to our times.” Viollet-le-Duc is the flamboyant 19th-century architect who restored many of France’s dilapidating medieval churches and chateaux. “Notre Dame had its medieval history, but it can also have a passionate new story today,” says Wilmotte. He says, “the fire is now part of the Cathedral’s history. So why not a new roof in titanium and a spire in lightweight carbon?”

With an impressive $900 million budget donated by some of the world’s wealthiest people and corporations, the possibilities for Notre Dame’s reconstruction have become increasingly wild, whimsical, and inspiring. From swimming pools to sci-fi beams of light shooting into the night’s sky, here are 17 of the best construction propositions for Notre Dame. 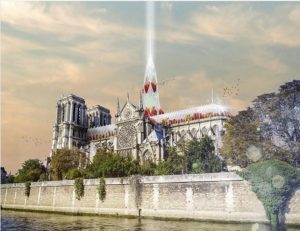 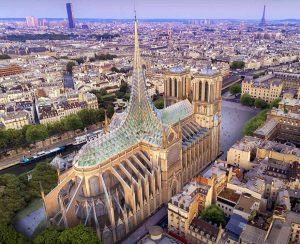 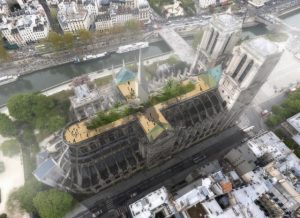 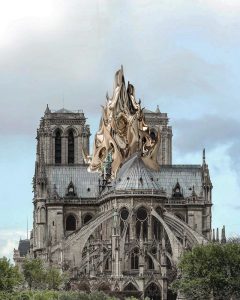 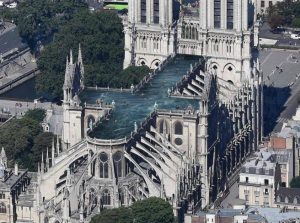 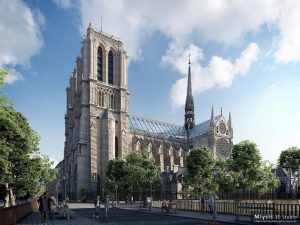 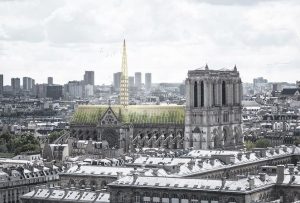 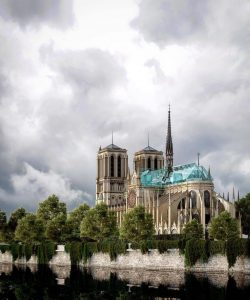 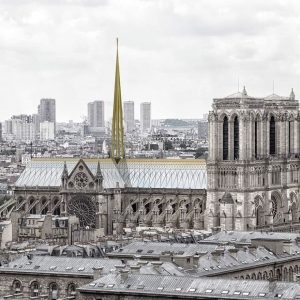 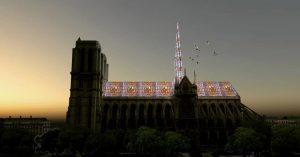 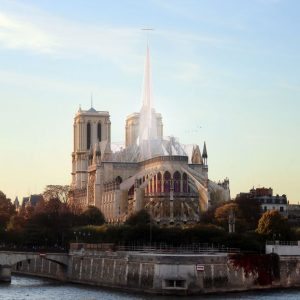 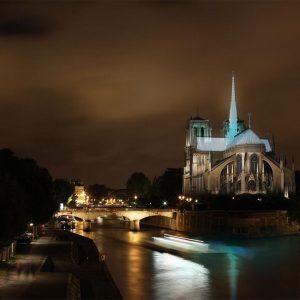 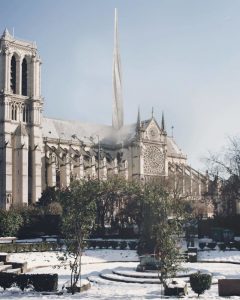 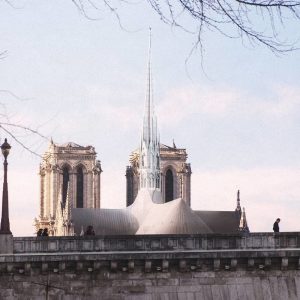 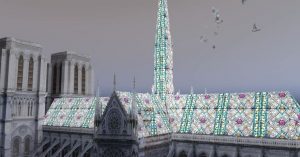 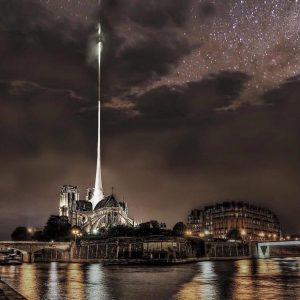 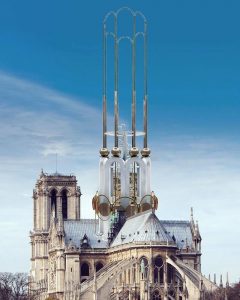