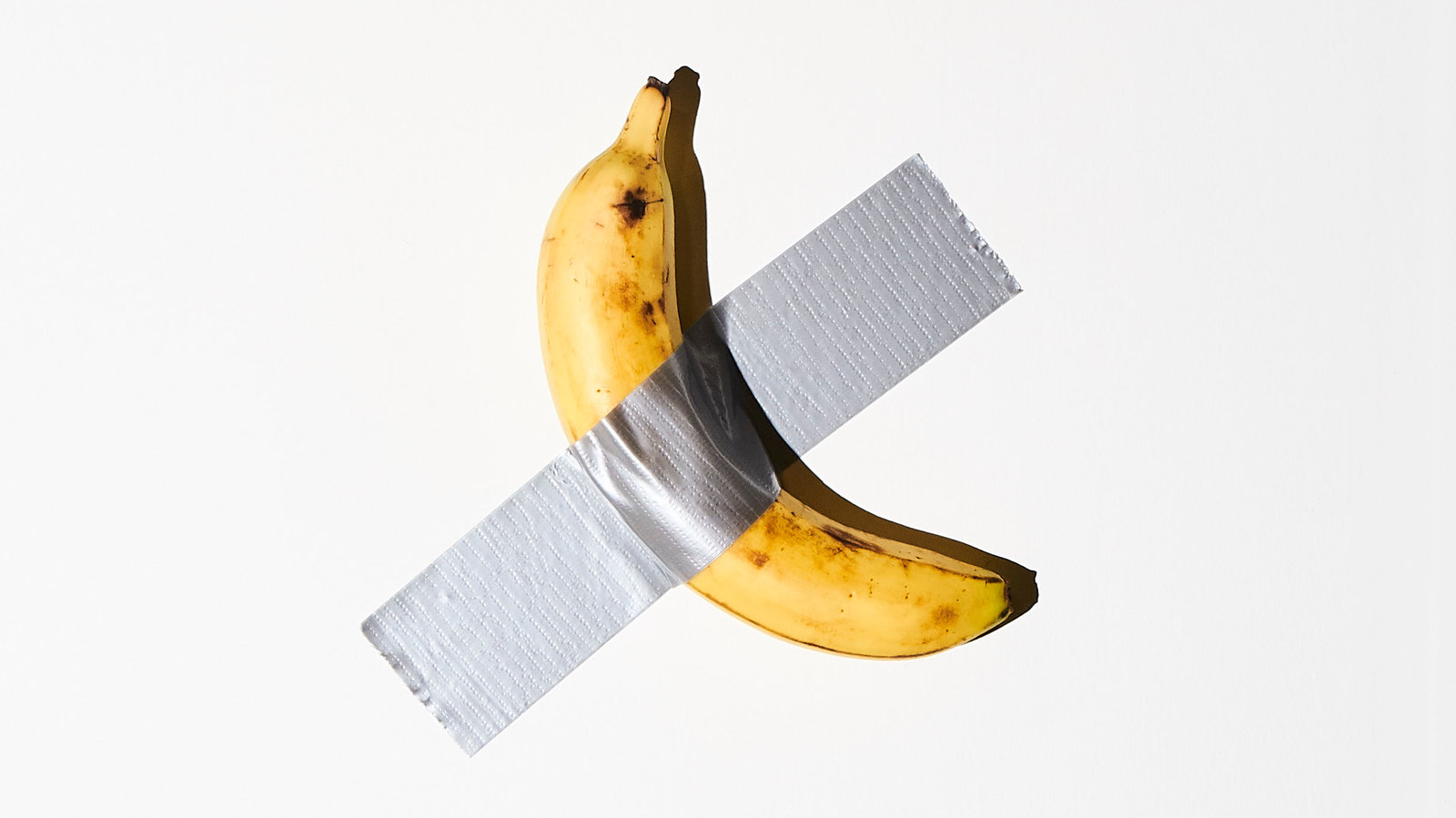 The Best of Basel

Art Basel is prided as the biggest international contemporary art exhibition fair. This contemporary art fair was founded in June of 1970 by a trio of Swiss art professionals, Ernst Beyeler, a dealer and collector, and gallerists Trudl Bruckner and Balz Hilt. The exhibition is said to be the “driving force in supporting the role galleries play in nurturing the careers of artists,” Art Basel is held once a year in one of three host cities: Basel, Switzerland (June), Hong Kong, China (March), and Miami Beach, Florida this December. The fair which predominantly displays works in various mediums-painting, sculpture, works on paper, photography, digital and video art, and installations-offers galleries a prestigious platform in which they can sell and present art to the public. In addition to the artistic exhibitions associated with Basel there are a myriad of festival events including art pop-ups, live musical performances, lavish parties, and master classes. 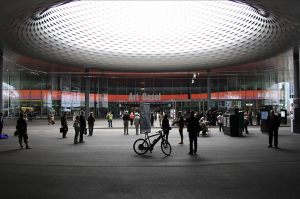 Art Basel at Miami Beach was fist founded in 2002 and has quickly grown into one of America’s biggest artistic events. This year Art Basel was proud to present works of over 4,000 artists. 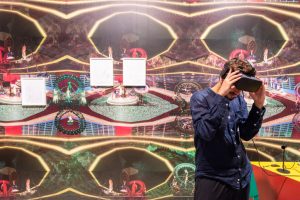 Perhaps the most talked about piece at Art Basel was “The Comedian” curated by Italian artist, Maurizio Cattelan. This piece was presented to the public as a banana affixed to the Perrotin Gallery wall by a single piece of duct tape. ording to CBS News, The artist first came up with the idea a year ago. He “was thinking of a sculpture that was shaped like a banana,” according to a press statement from Perrotin. “Every time he traveled, he brought a banana with him and hung it in his hotel room to find inspiration. He made several models: first in resin, then in bronze and in painted bronze (before) finally coming back to the initial idea of a real banana.” The original banana was removed and eaten by the artist; however, Perrotin Gallery spokesman, Lucien Terras, told art crtics that art defamer did not “destroy” the artwork because “the banana is the idea.” After the replacement of the banana, “The Comedian” sold for  $120,000. Critics claim that Maurizio’s work is not just about objects, but about how objects move through the world, “the spectacle is as much a part of the work as the banana.”  This has been apparent, as the famous banana has taken over social media by storm. 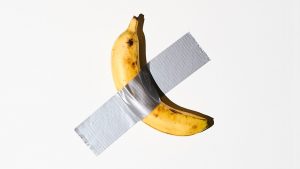 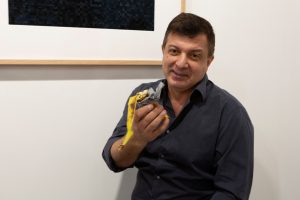 Banana Taken off the wall and eaten by artist. Image via Far Out Magazine.

The Turner Prize was awarded to Lubaina Himid. This 64 year-old British artist saw great success in this years event with “eight of 10 works from an ongoing series of painted pages from the Guardian newspaper sold for £6,000 each; a portrait painted on the underside of an antique drawer sold for £30,000 to a private collector; and a brand new, brightly colored painting priced at £110,000 was on hold for an international museum.” 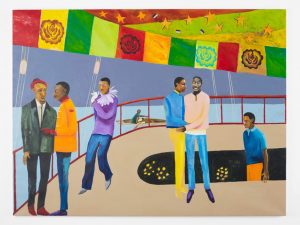 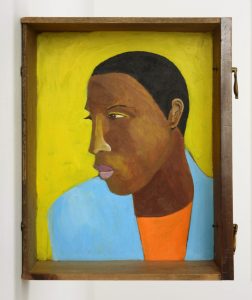 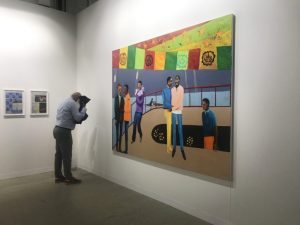 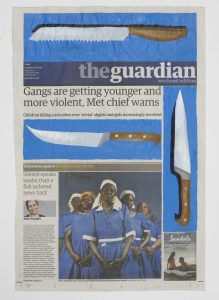 The following are additional standout works featured at the 2019 Art Basel in Miami Beach. 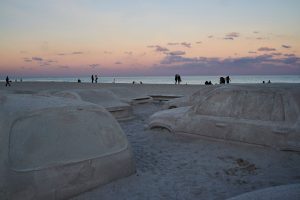 “Order of Importance,” an installation by the Argentine artist Leandro Erlich, displayed on the beach at Art Basel in Miami Beach. Image Via John Taggart for The New York Times 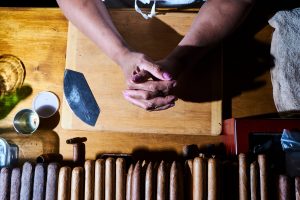 Magalys Garrido rolled cigars for a party at Socialista, a club in downtown Miami with a pre-revolutionary Havana theme. Image via John Taggart for The New York Times 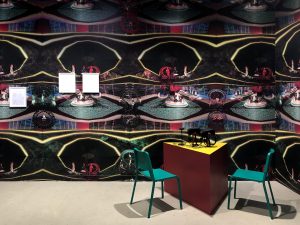 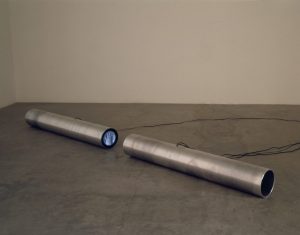 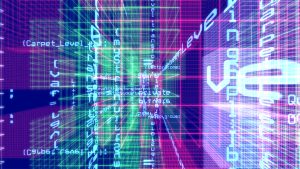 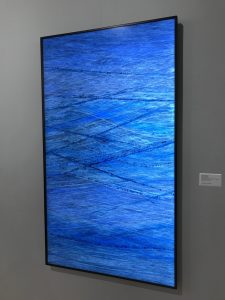 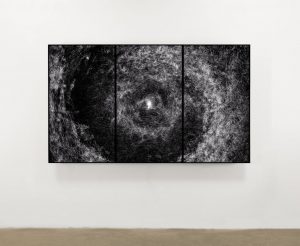