The Architecture-Sculpture of Jacques Couëlle

It is quite common to receive inspiration from the organic forms and beauty of nature, but self-taught French architect Jacques Couëlle took this inspiration one step further than most. His work on the Castellaras estate in Mouans-Sartoux, France blurs the line between nature, architecture, and sculptural art– hence the unique architectural style he is said to have initiated: Architecture-Sculpture. 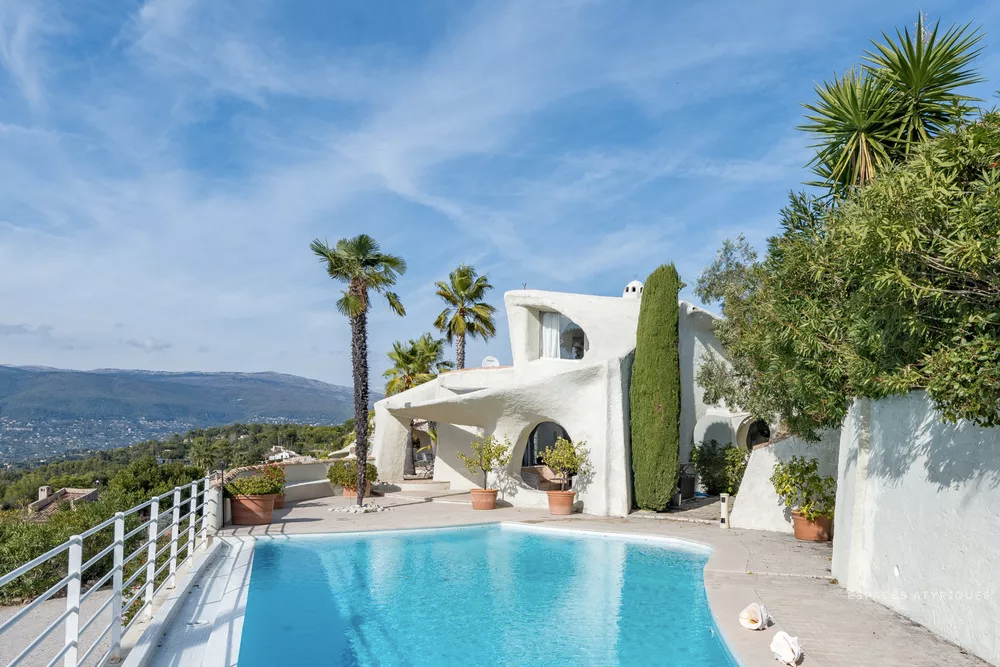 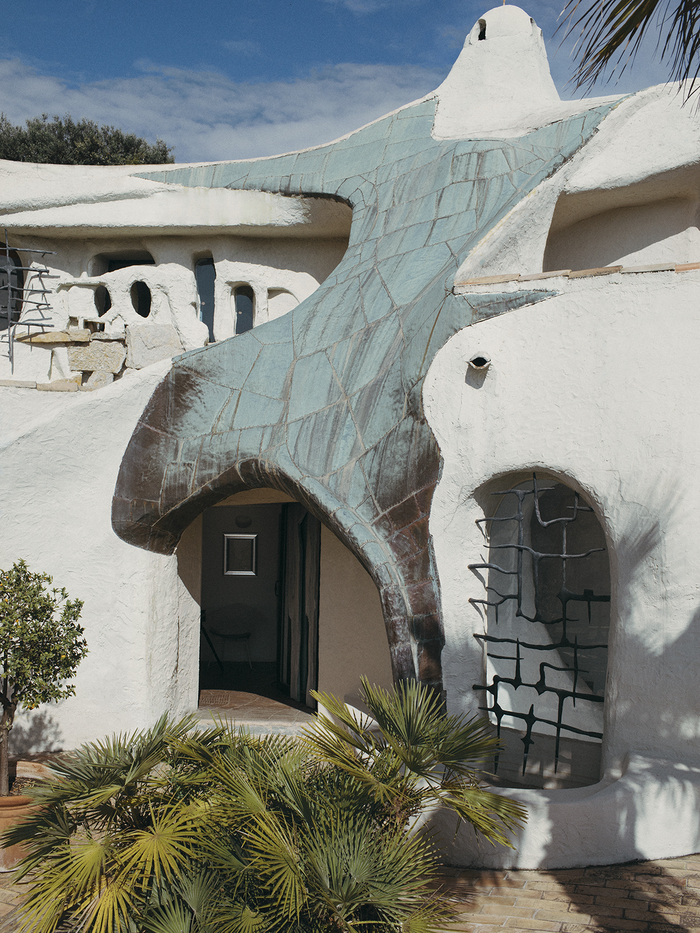 The slope allows rain to create a waterfall | AD France

Completed in 1962, Couëlle designed five homes in this south-east French city using instinctive free forms that almost blended in with their landscapes. He achieved this harmony by adapting the design of the homes to the terrain, instead of the other way around. The natural slopes of the land dictated the different levels inside and the curves in the facades, while the sun dictated the locations of the windows and other openings. The rough white walls seem as if they were hewn from stone, and the irregular curved ceilings and arches create the sensation of living in a grotto or upscale cave.  These organic shapes stood as a stark contrast to the angular modernism of the time, as Couëlle believed right angles and harsh lines “provoked human anxiety”. 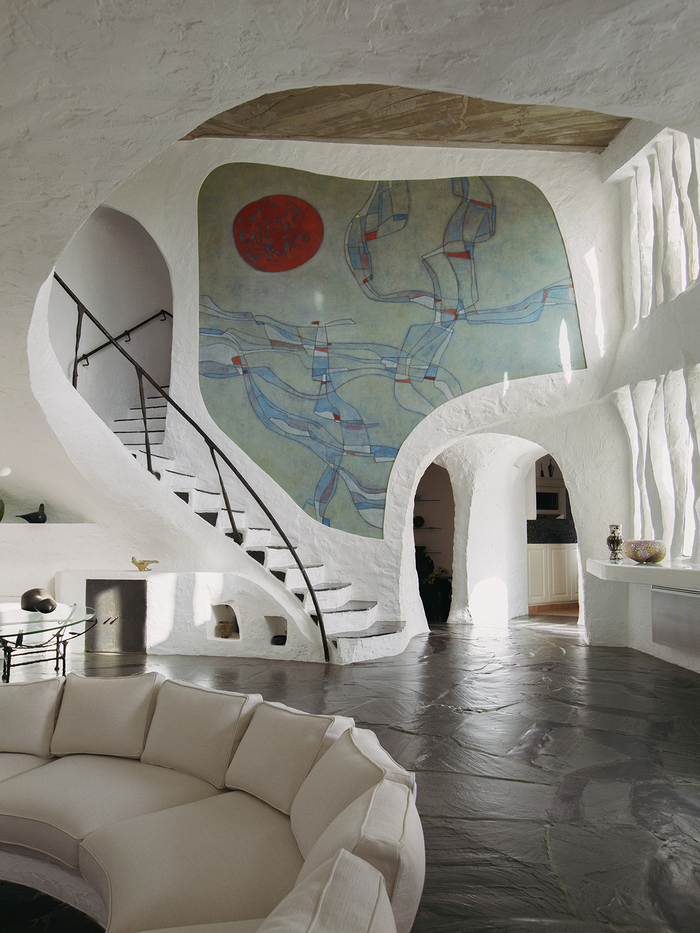 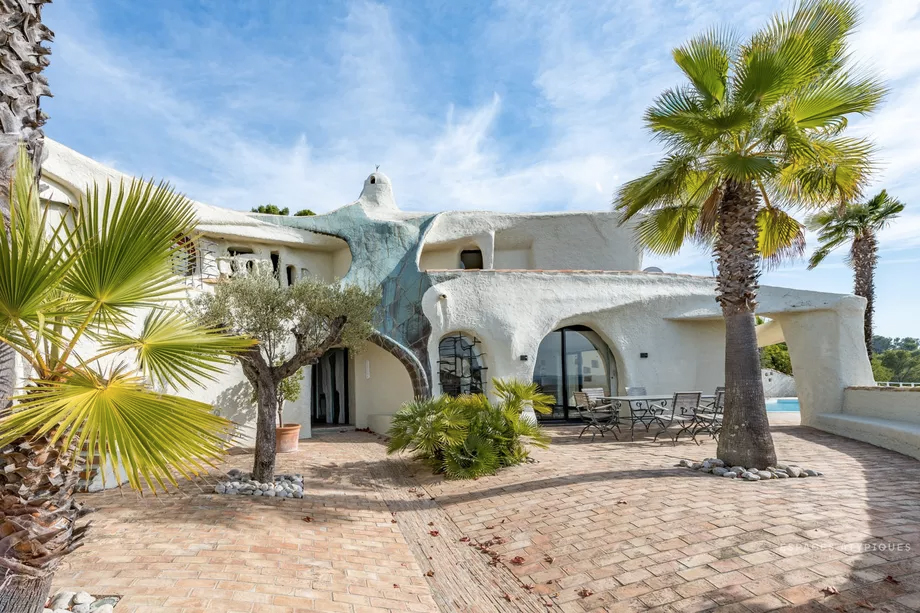 Sloped and organic facades | The Spaces

He also had a unique step in his process, which he called Tristan’s test. He would cover the ground with sand, roughly sketch the outlines of the main spaces, and ask his clients to come mimic their daily lives. He then used the depths of the steps in the sand as a guideline to create the volumes of the spaces, according to their various levels and frequency of interaction. Typically, the living room served as a starting point around which the other rooms would unfold. The picture below serves as a perfect example, with the large central fireplace serving as the focal point around which the rest of the space flows. 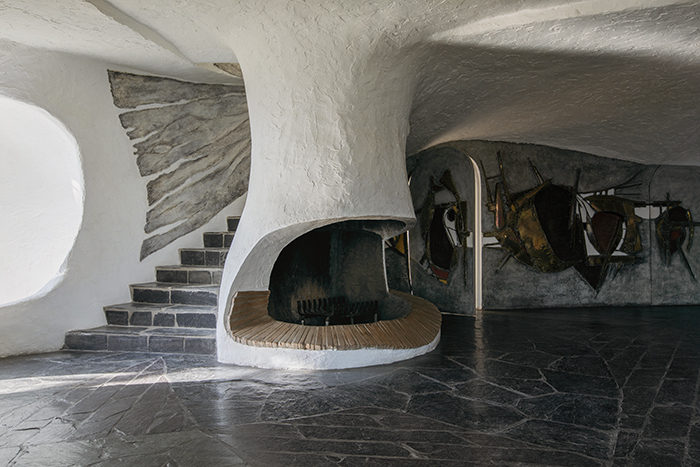 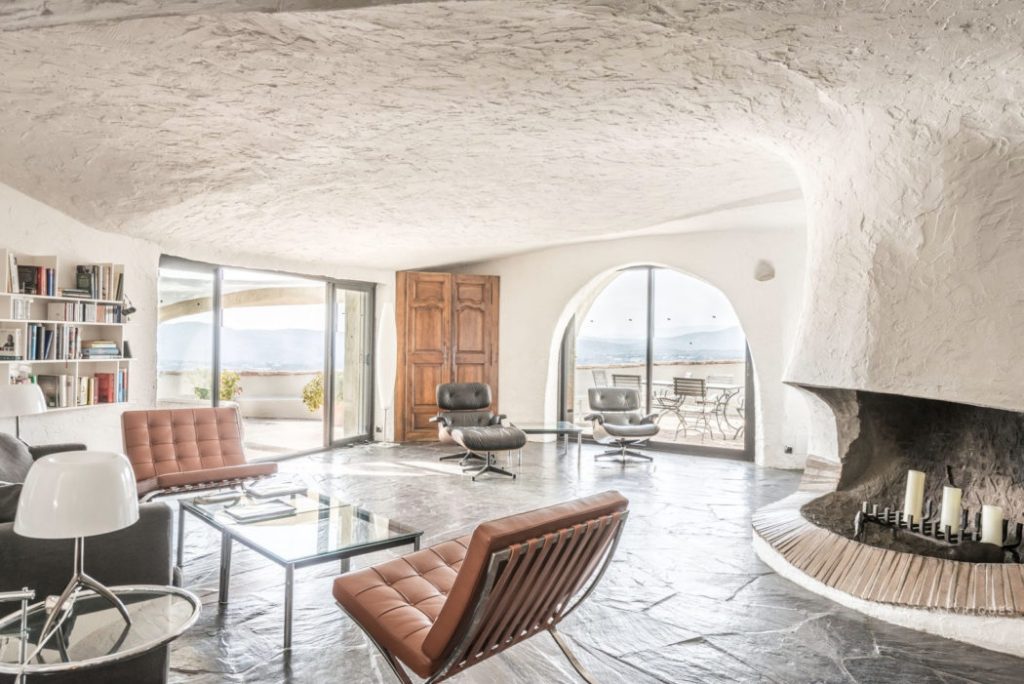 Living space around fireplace | The Spaces

Couëlle used an eclectic combination of stone, terra cotta, ceramics, wood, glass, iron, and copper as his materials and finishes. He incorporated touches of color in a beautiful thick stained glass window and a room with harlequin-style tiled floors. The window coverings and other areas incorporated decorative creations made of iron and steel. 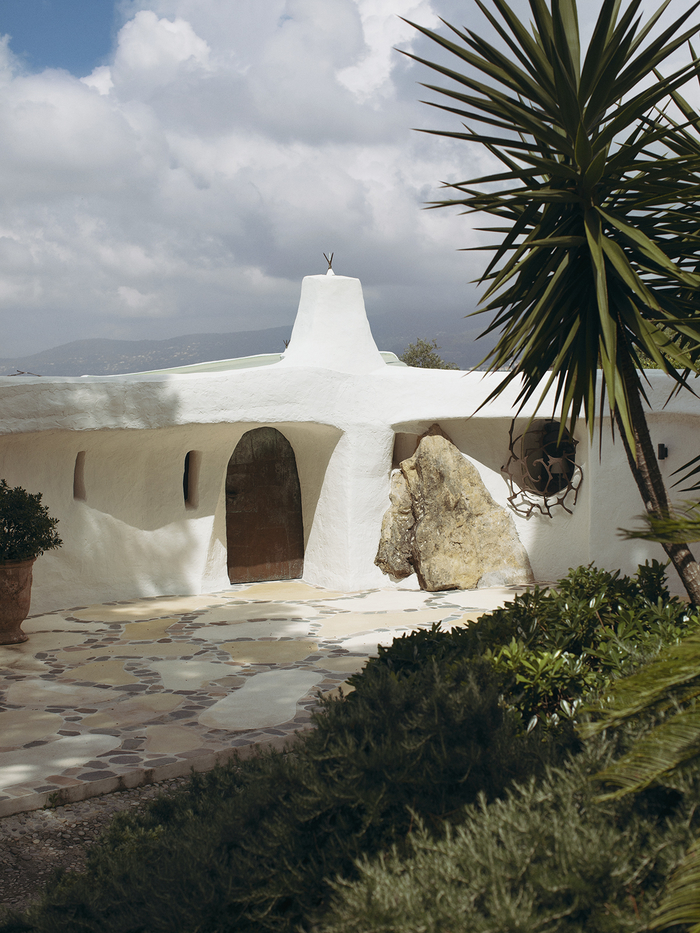 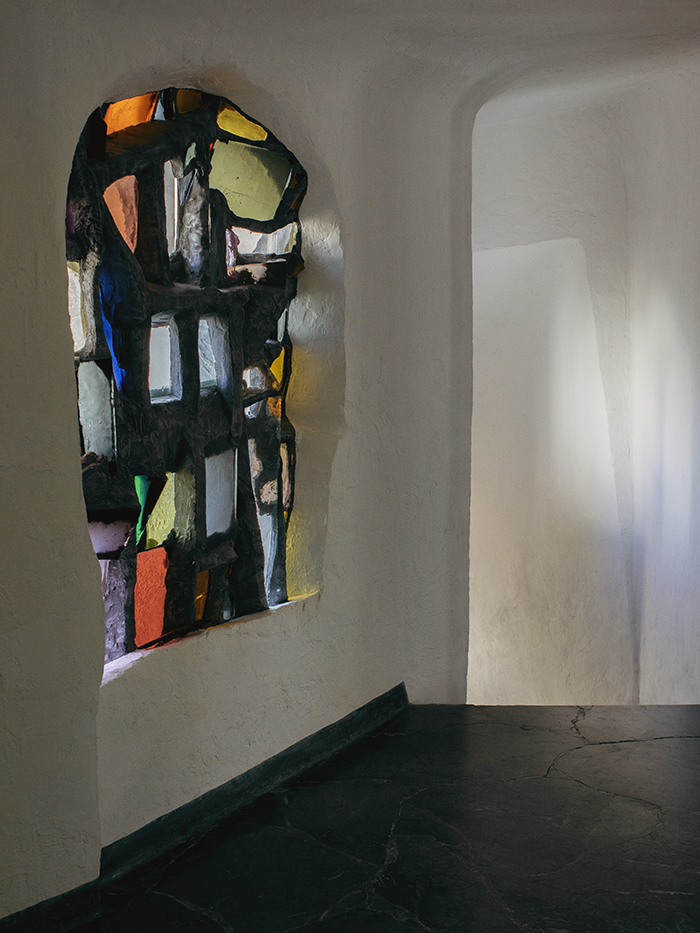 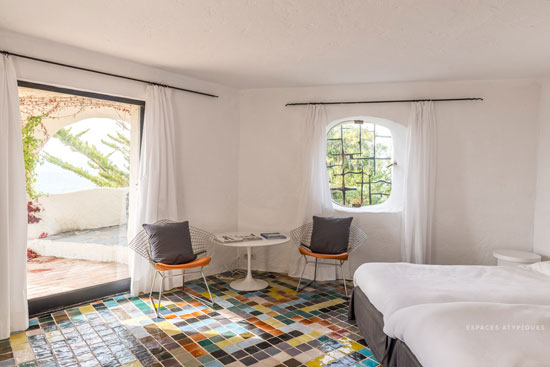 While Couëlle’s architecture-sculpture had many critics during its time, his works are now labeled as a Heritage of the 20th Century. In 1998, architect André Wogenscky perfectly described the unique beauty of Couëlle’s work: “The architecture of Jacques Couëlle is a celebration of the earth. In the evening, when the day slowly slides out of our eyes and escapes, the houses of Jacques Couëlle enter the earth again to be confused with it. And each morning when the sky lights up, they seem to emerge from the ground and be reborn, like a daily fertilization of the earth. “