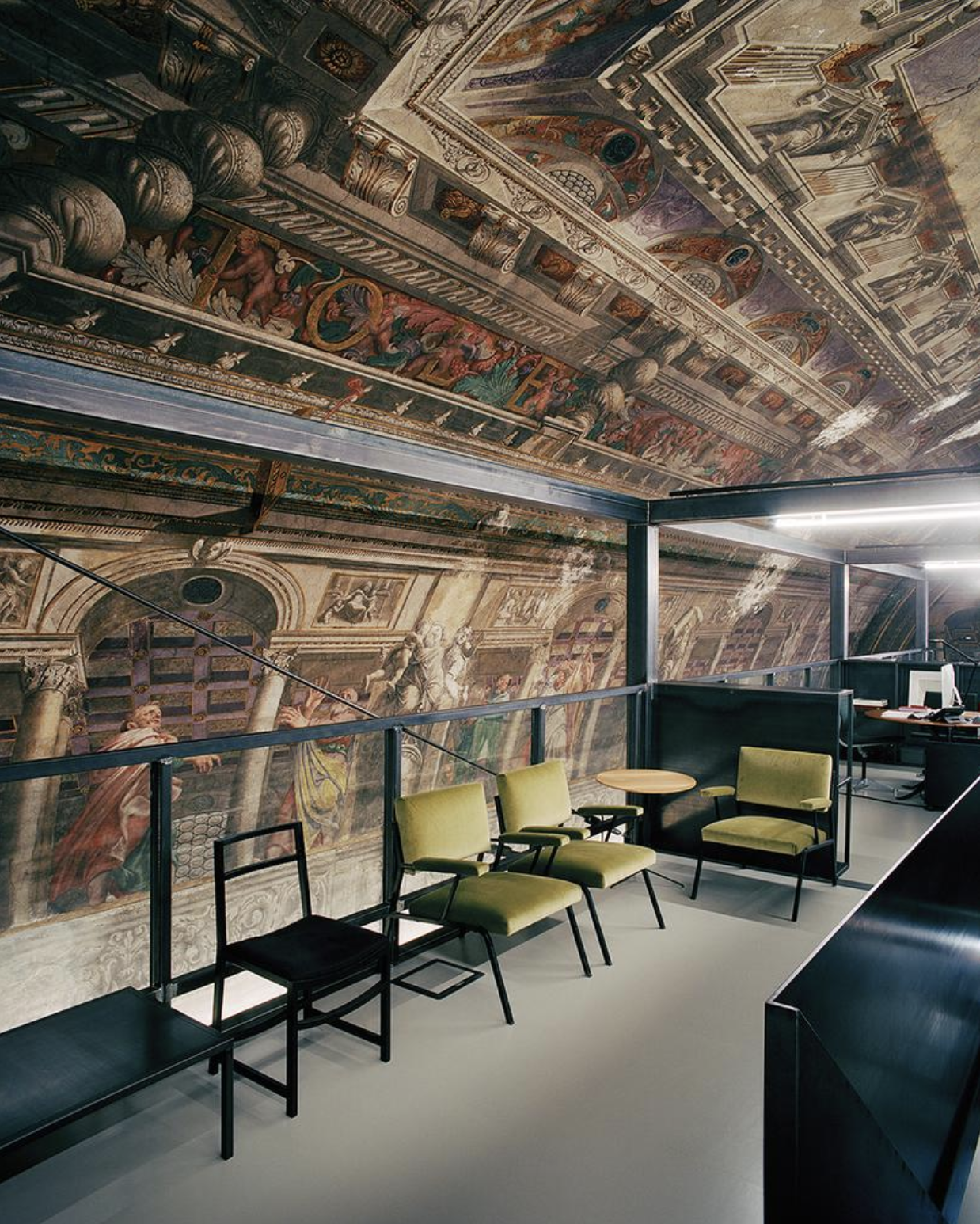 Massimiliano Locatelli: Interacting With the Past

Architect Massimiliano Locatelli converts a 16th-Century church in Milan into his firms office space. San Paolo Converso, not far from Milan’s celebrated Duomo, now houses CLS Architetti, a firm co-founded by Locatelli, a 48-year-old Bergamese architect who studied under Kenneth Frampton at Columbia University. The overall interior concept for the firm reflects a radical design vision and highlights significant acts of engineering. We admire the way Locatelli blends the old with the new by giving users a chance to interact with the past while working. Tom Vanderbilt from The Wall Street Journal had the opportunity to sit down with Locatelli and discuss the intention behind the transformation. Photography by Francois Halard for WSJ Magazine. 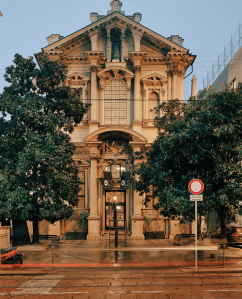 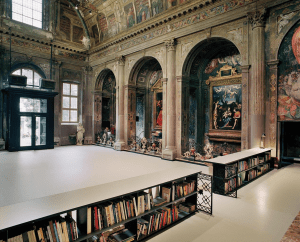 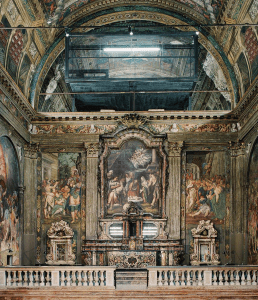 The original structure remains untouched as Locatelli wanted to highlight the original frescoes and existing sculptures once worked on during the Italian cinquecento, by Antonio and Vincenzo Campi of the famed family of painters from Cremona. These ancient walls surround a four-story 50-ton structure of black, welded steel, which rises, floor to ceiling, like a muscular, minimal, modernist building within a building, containing a good number of the firm’s 50-plus employees. The structure is entirely disconnected from the church. “It is an object,” Locatelli says. “A piece of furniture.” 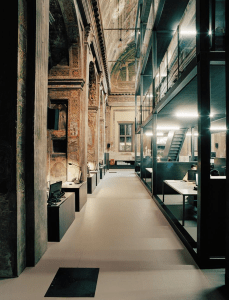 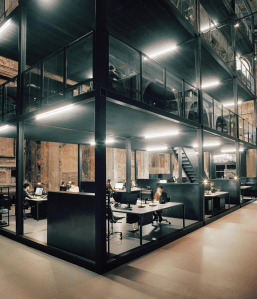 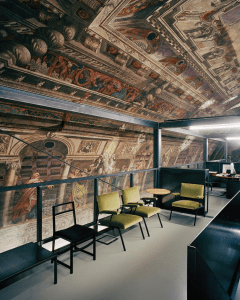 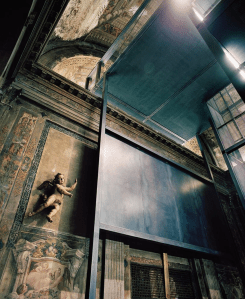 From the interview, Tom Vanderbilt : The church’s architect, he notes, wasn’t famous, but what has always distinguished San Paolo are the frescoes, ranked among the Campi brothers’ most significant work (and said to have inspired Caravaggio). They are found around the altar, and in the chapels (once pledged to prominent Milanese families) that line each side of the main church and where, behind ornate iron railings, architects now sit tapping at computers. There is something wonderfully jarring about the melding of old and new. Like the huge Marcel Wanders “Skygarden” pendant lamp now commanding the sacristy, or two colleagues meeting over a sleek table while behind them towers, in epic Renaissance-era glory, Antonio Campi’s Conversion of Saint Paul. When he first saw San Paolo, he wondered if he could make such a dramatic, monumental and history-laden space feel contemporary, human scale, his own. “When I got here the first time, I was, honestly, bowing at the altar. I do not believe that much, but you feel the spirit of the church.” -Locatelli 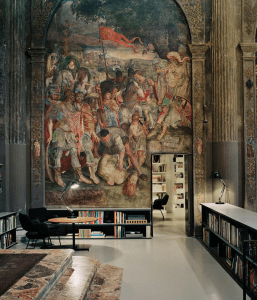 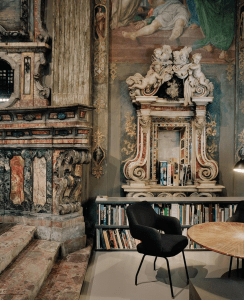 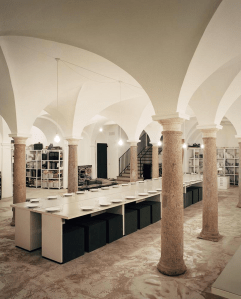 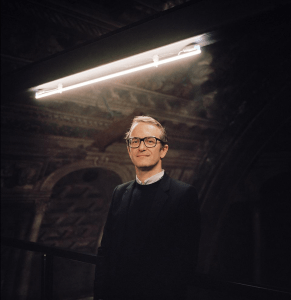 Locatelli, whose clients include the fashion house Viktor & Rolf and the dancer Roberto Bolle, in his office.