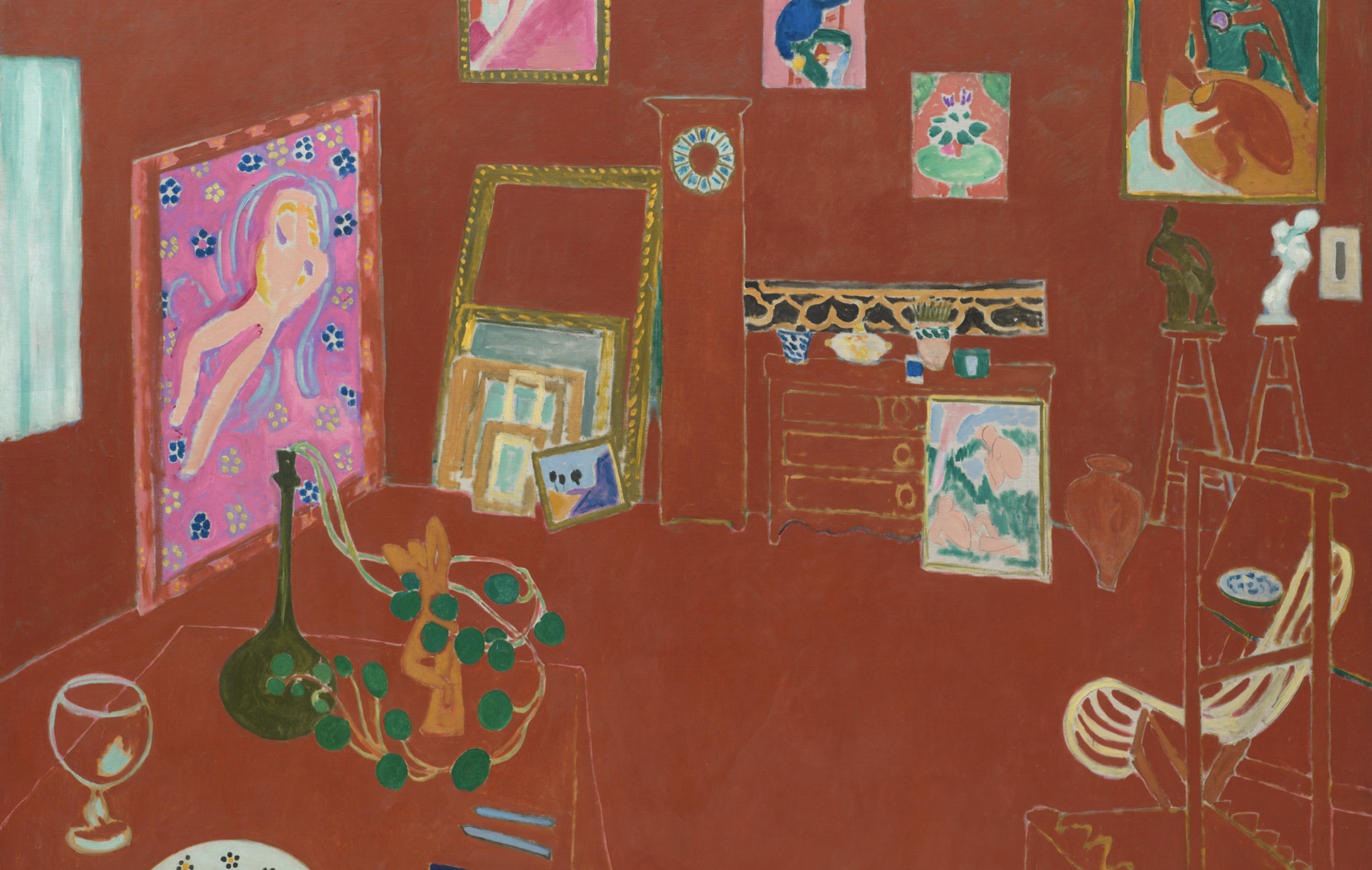 Life in The Studio: Matisse

Last weekend our team had the pleasure of visiting the Matisse exhibit at the Museum of Modern Art in New York. This exhibit focuses on Henri Matisse’s The Red Studio (1911)—which depicts the artist’s work space in the Parisian suburb of Issy-les-Moulineaux. This piece is known as an iconic work of modern art and a landmark in the tradition of studio painting. Matisse: The Red Studio is mixed with six paintings, three sculptures, and one ceramic piece by Matisse. This is the first reunion of these objects since they were together in Matisse’s studio at the time The Red Studio was made. We left the MOMA feeling inspired and excited to share a few of our favorite moments from the visit.

Paintings and drawings closely related to The Red Studio help to illuminate the picture’s history: its rejection by the patron who commissioned it, its international travels, and its eventual acquisition by MoMA. A rich selection of archival materials, including photographs and letters, reveal new information about the painting’s subject and history. The exhibition also explores the radical nature of its almost entirely red surface and present recent discoveries about the process of its making. 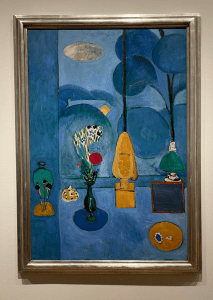 The Blue Window by Henri Matisse 1991. This was the view from a window in his studio in Paris. 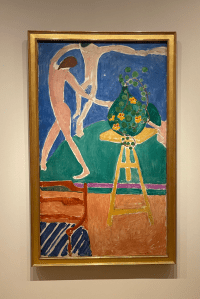 Henri Matisse. Nasturtiums with the Painting “Dance” I. 1912 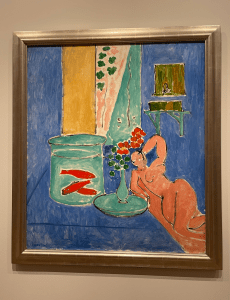 Goldfish and Sculpture by Henri Matisse 1913 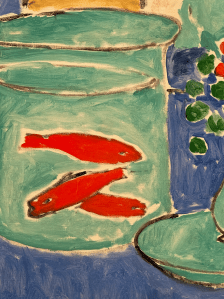 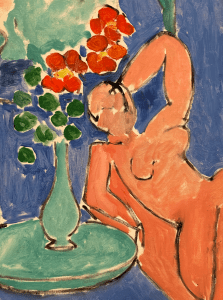 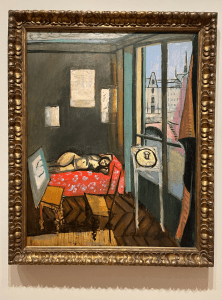 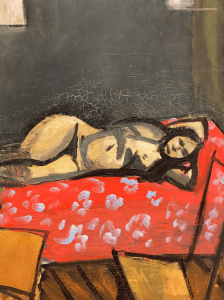 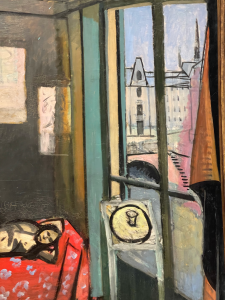 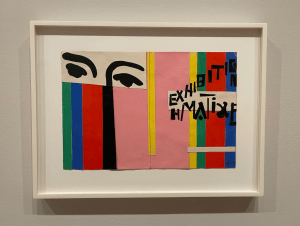 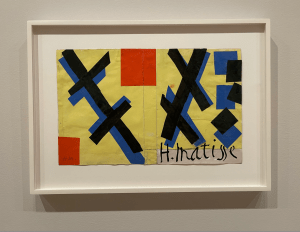 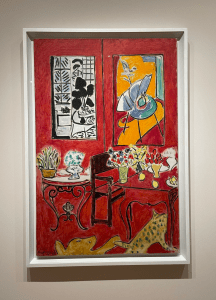 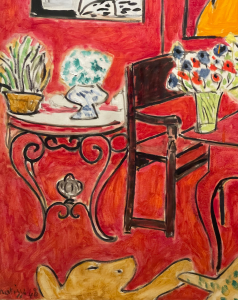 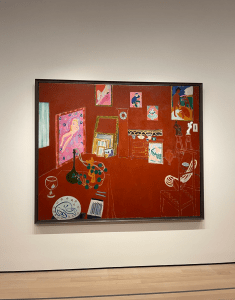 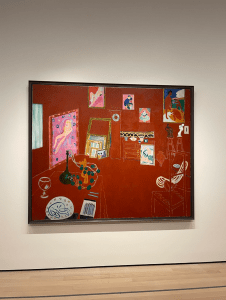 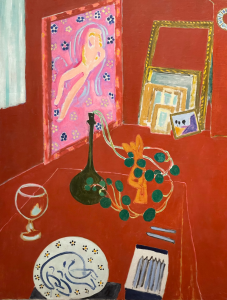 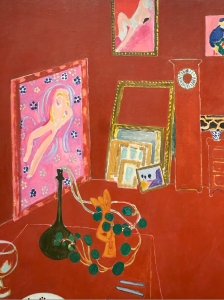 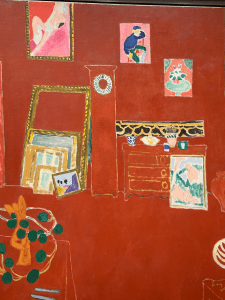 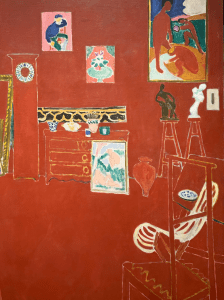 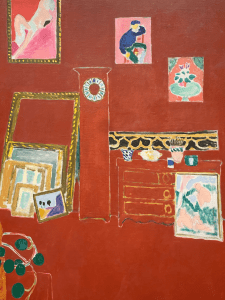 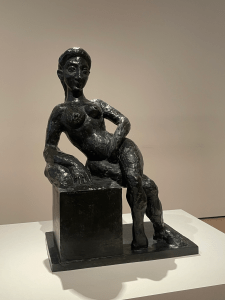 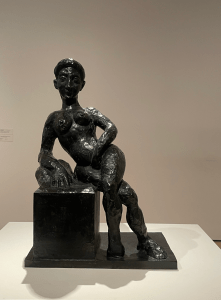 INFORMATION AND VIDEOS SOURCED FROM: