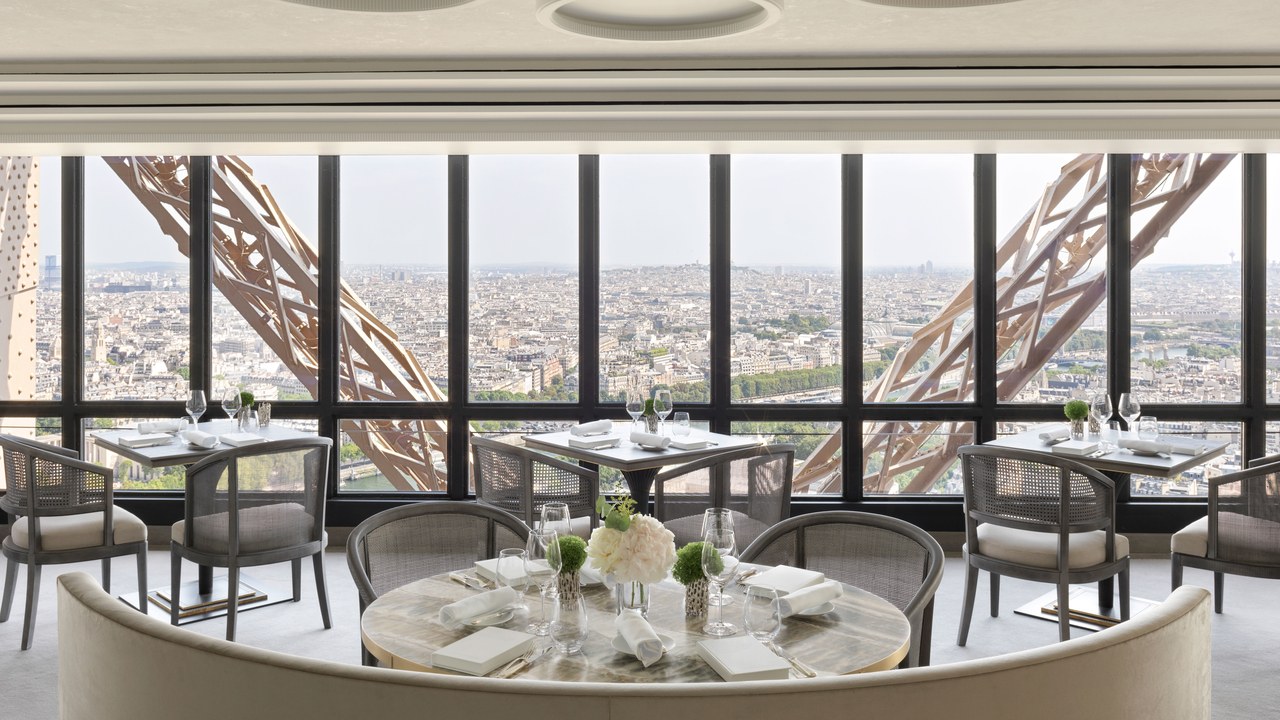 Gastronomy in the Clouds: The Jules Verne Restaurant 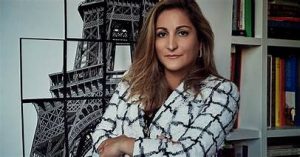 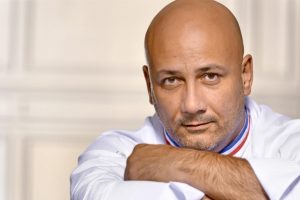 With an estimated six million visitors a year, the grand reopening of Jules Verne on July 20th has been an anticipated summer attraction. Jules Verne sits 410 feet above the city, and the restaurant was built to reflect the culinary and architectural excellence embodied by the city below. 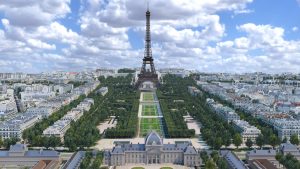 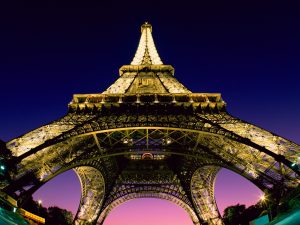 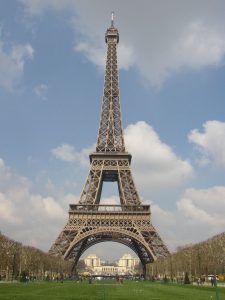 Chef Frédéric Anton’s menu is inspired by classical French cuisine and incorporates seasonal and local produce. Anton claims he intends to “create a gastronomic experience in the arts décoratifs tradition, for breakfast, lunch, and dinner.” 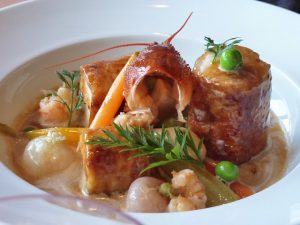 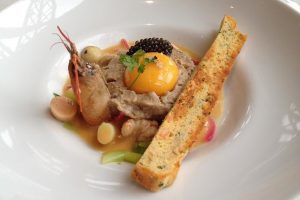 Pate with egg and crawfish. Photo via Erika 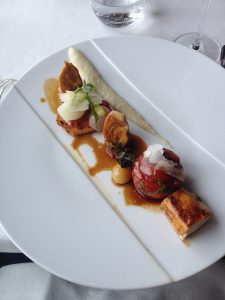 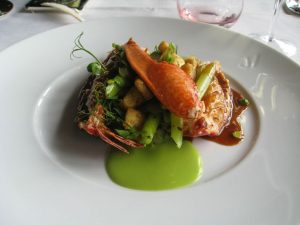 In keeping with the integrity of the tower, Aline Asmar d’Amman created a space using intricate metalwork and linear motifs which echo the industrial views seen from the dining room’s windows. The Balck, white, silver, and gold interior color reflect the “Iron Lady” and the city below while the Seine, sky and cobblestoned streets of Paris inspire the shades of blue and green. The material was vital in “reviving the marvelous encounter of engineering, architecture, and gastronomy,” says Asmar d’Amman, “while weaving a visual dialogue with Parisian beauty in a contemporary decor mixed with a 1900s connotation.” As a female architect, Asmar d’Amman made sure to instill a sense of femininity within the industrial interior. “I named the metal chairs Iron Lady, a reference to powerful women, designed on the curve of the Eiffel’s main arch,” says Asmar d’Amman. “And the Lace Chair is made of wood with smoky caning, like feminine fishnet stockings.” 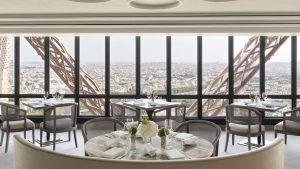 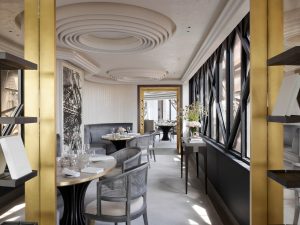 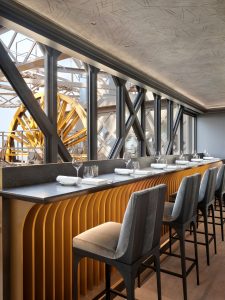 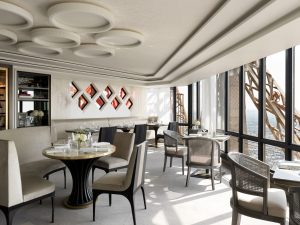 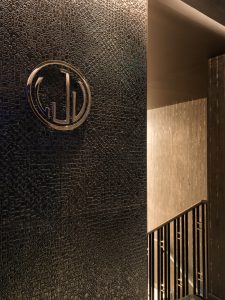 The pieces featured in Jules Verne offer a stunning variety of classic french, vintage style mixed with contemporary decor. French oak and mother of pearl top the majority of the tables; they “stand on legs whose design was inspired by Suzanne Belperron’s 1930s jewelry and which are decorated with small bronze candle holders by sculptor Marie Khouri.” Alongside the tables are silvery gray velvet benches. The custom-designed stone-embedded tabletops from Venice offer a front-row seat view of the tower’s mechanical wheels. Gray onyx tables and antique gold leaf mirrors embellish the alcoves of the restaurant. Shop Jean-Marc Fray Antiques for similar antique and vintage furnishings.