As the leaves begin to turn, skeletons appear on doorsteps, and virtually every coffee drink can be pumpkin-spiced, we know that fall has arrived in America. Across the globe, France is celebrating the coming of the new season in different ways. Here are some of the of the best fall festivals and traditions of France. 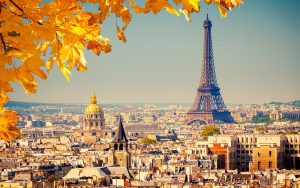 Autumn officially starts on the 23rd of September in Europe. Many of France’s most experienced visitors argue that September and October are the best touristic periods to visit the country. The crowds and visitors that populate France’s most popular attractions are long gone and the cities give new life and color by way of fall foliage. The chilly Autumn air brings with it the aroma of street-roasted chestnuts and the first flurries of snow. The Autumn colors are typically in their peak by mid-November. During this period it is customary to go hunting for mushrooms and chestnuts, an age old tradition that has inspired many fall gastronomic dishes. 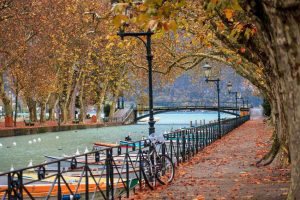 Autumn in France by the Louvre in Paris, Image via French Moments

The banks of the River Seine, Paris in Autumn, Image via French Moments

Le Festival d’Automne à Paris is a four-month-long festival celebrating the finest of Paris’ contemporary art collections. The festival begins on October 1st with the “Nuit Blanche” or “White Night”. On this night the entire city transforms into a giant, interactive art exhibition. Among the many galleries and museums that open their doors free to the public, the streets and squares themselves into open-air exhibitions filled with music, art, food, and culture. It has been described by French Moments LTD as “a night where anything can happen, from orchestras flying up above in helicopters, ginormous playgrounds popping up seemingly from nowhere, and incredible light shows that will leave you speechless. Lights, music, arts and effects designed by 50 international artists are all used to astound spectator’s sensations in every way, opening up their mind and their view of Paris to something previously unseen.” 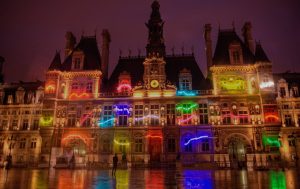 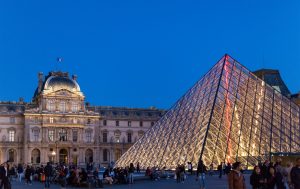 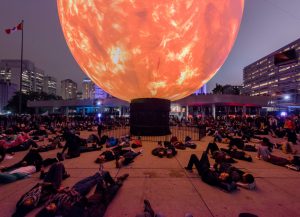 Traditionally, France celebrates the Catholic holiday called “La Toussaint” or “All Saints Day” on November 1st. Like many other Day of the Dead festivals across the world, La Toussaint is time when families mourn their dead ones by visiting, cleaning, and decorating their grave cites. The graves are traditionally decorated with “des chrysanthèmes,” a type of flower called which is in bloom during this season. Afterwards, families tend to celebrate with a special family meal. 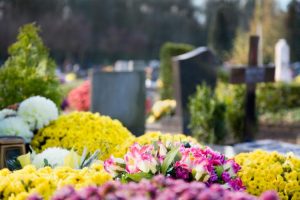 In recent years, France has begun to adopt the American tradition of Halloween and trick or treating. Halloween is usually during mid-season school break (“les vacances de la Toussaint”), so schools don’t usually organize a trick-or-treating outing. This tradition encourages young French children to practice their English. Here are some French vocabulary terms courtesy of Camille Chevalier-Karfis, to help you celebrate in French fashion.