“I make skeletons that are able to walk on the wind, so they don’t have to eat. Eventually I want to put these animals out in herds on the beaches, so they will live their own lives.”- Theo Jansen

Driven by his interest in unconventional technical construction and the mechanism of evolution, Dutch artist, Theo Jansen, has spent 25 years constructing rare and breathtaking kinetic sculptures designed to crawl, and stride along the Netherlands’ beach. These roaming fantastical creations are known as Strandbeesten. The word is broken into two meanings where strand is beach and beest is beast.

In the spirit of Leonardo Da Vinci, Theo Jansen once focused his attention to study science and physical phenomena before he shifted to art. After his abandoned studies at the University of Technology at Delft, Jansen became involved in many projects such as The Flying Saucer Machine in 1980 or The Painting Machine in 1984-1986, which involved art and technology. But his most exceptional creations are definitely Strandbeesten.

His “beests” range in size from the smaller 5-foot long Animaris Ordis to the 42-foot-long monster, Animaris Suspendisse. However big or small, strandbeests operate fundamentally the same way. Once the wind hits a sail an array of rotating “legs” connected via a central crankshaft begin to move. While Jansen constructs his beests from the humblest of materials—each “skeleton” is made of PVC pipe and plastic tubing, bound together with zip ties. Depending on whom you ask, a strandbeest on the move might resemble a bleach-white horse, gingerly picking its way across the sand, or a massive undulating caterpillar. 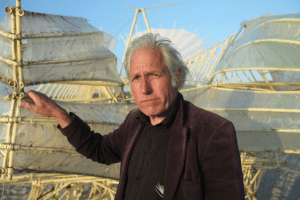 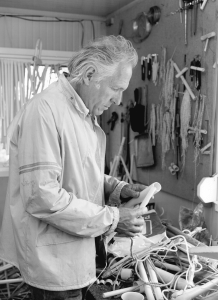 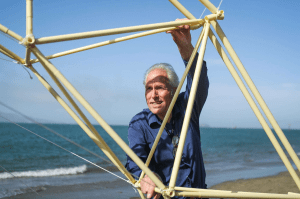 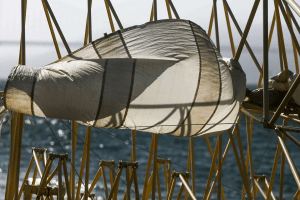 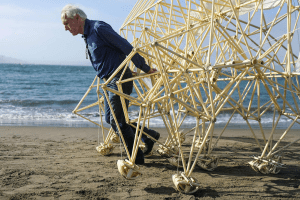 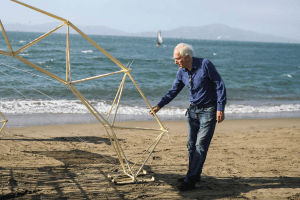 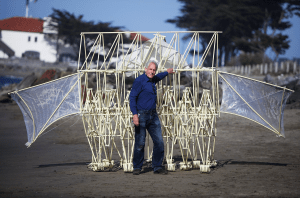 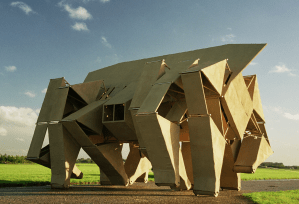 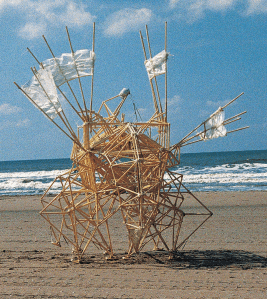 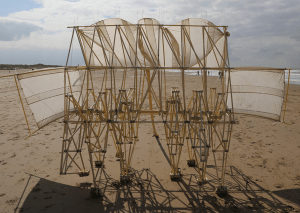 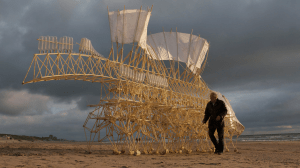 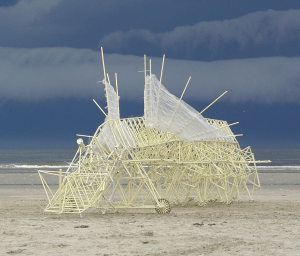 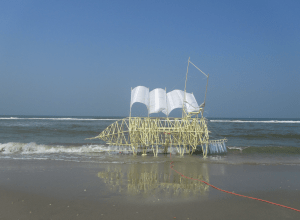 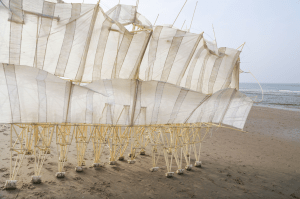 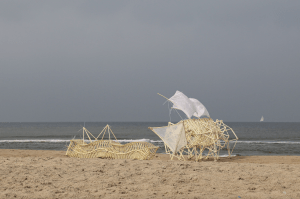 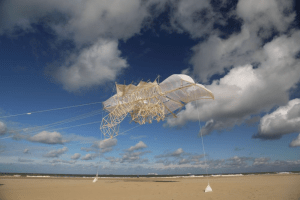 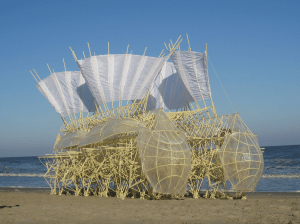 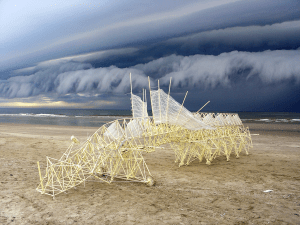 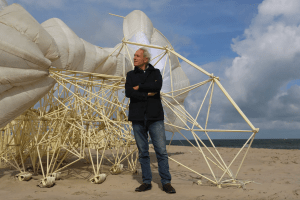 IMAGES AND INFORMATION SOURCED FROM: