Destined for greatness, André Le Nôtre was born in France to a family of gardeners. His family had a home within the Tuileries Palace grounds. It was here that Andrés father, Jean Le Nôtre, held the esteemed title of master gardener for King Louis XIII. 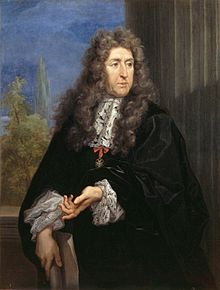 André was immersed in the art of gardening from a very young age. He was a student of mathematics, painting, and architecture, and heavily influenced by the laws of perspective and optics. This gave him an unparalleled advantage in the world of landscape architecture. His natural talent combined with his father’s impressive credentials led André down a garden path of great success. André was in his mid-twenties when he took over his father’s position as head gardener at Tuilieries Palace. 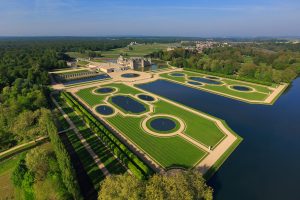 André had a genius for designing landscapes using reflection and geometry. He would create an illusion of infinite depth from one point, while giving the effect of visibly reducing the gardens appearance from others. He created an atmosphere that was stunning and bold to gaze upon, while a maze-like path would secretly take you away to a hidden grove among the trees. 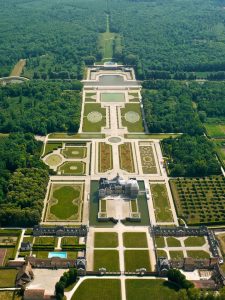 He became a highly sought-after landscape architect. It was his renowned work on the chateau grounds of Vaux-le-Vicomte in 1656 that caught the eye of King Louis XIV. The King was so impressed with André’s creation, he charged him with planning the gardens at Versailles. André was able to transform 15,000 acres of muddy swamp into a park of extravagant vistas, enhancing the architecture of the palace in a style that heightened and reflected the grandeur of Louis XIV’s court. Due in part to his success and their shared ambition to beautify France, André became a close friend and counsel to King Louis XIV. 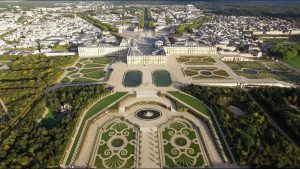 André Le Nôtre perfected the classical style and art of gardening. He accomplished many achievements and titles, and earned a small fortune, throughout the course of his career. Incredibly, many of his creations are still in existence and admired worldwide to this day. 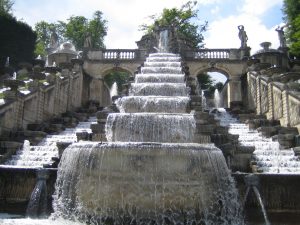 His many notable works include the gardens of: 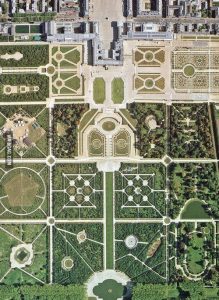