“So much of the magic of this storybook world [Ralph Lauren] created from his wildest dreams is in the fact that he doesn’t just keep the dreams to himself. He invites you in.” –Amelia Diamond, journalist

On Friday, September 7th, under stormy clouds in New York, Ralph Lauren’s 50th Anniversary Show was filled with movie stars, fashion icons, and over 100 models in a range of ages all wearing Lauren’s signature pieces. Dramatic and emotional, the night included 500 guests, cocktails, gala dinner, and a fashion show.

Attendees such as Hillary Clinton, Oprah Winfrey, Steven Spielberg, and Kanye West were wowed by the installation and show. Also in attendance to pay homage to the designer were American fashion icons Donna Karan, Tommy Hilfiger, Calvin Klein, Vera Wang, Michael Kors, Carolina Herrera, and Diane Von Furstenberg. Every detail evoked the Ralph Lauren aesthetic, including a carpet lined runway, velvet cushions on each chair, and a candlelit dinner under tents in Central Park. 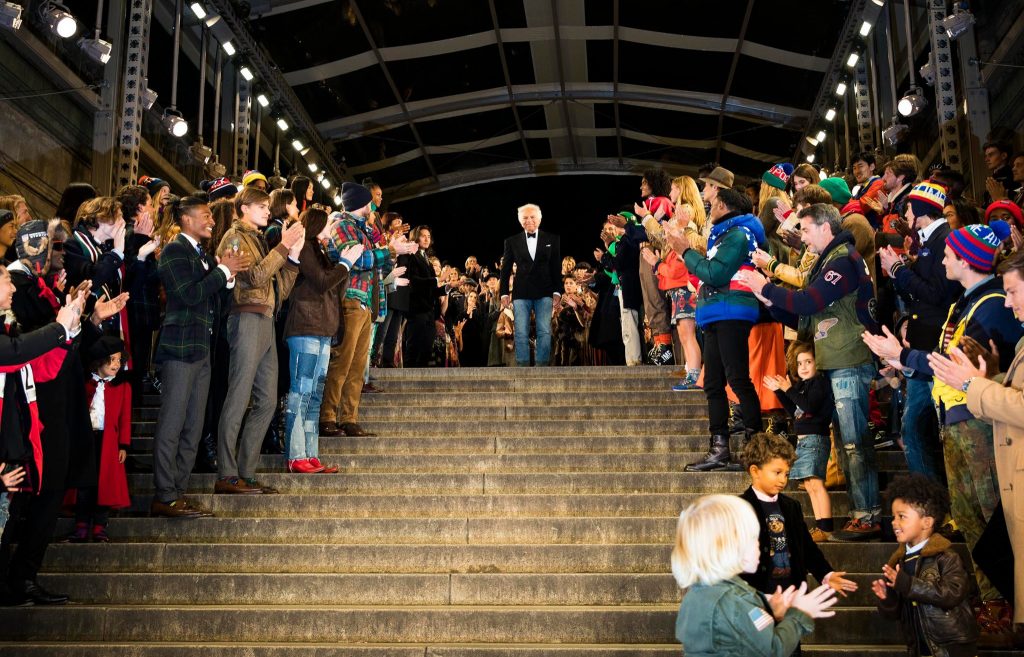 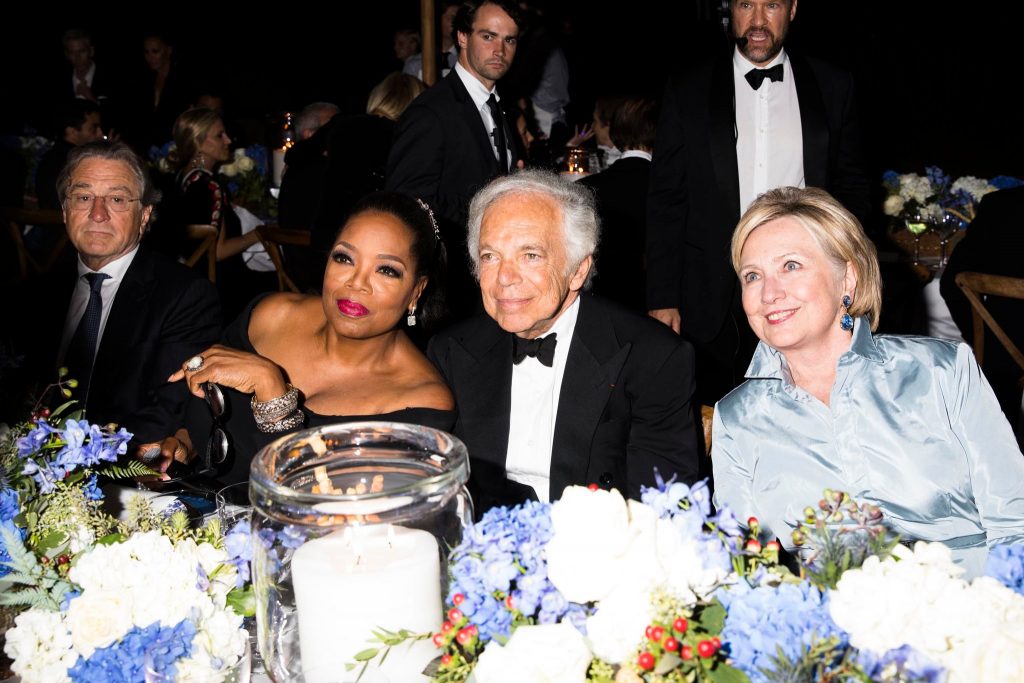 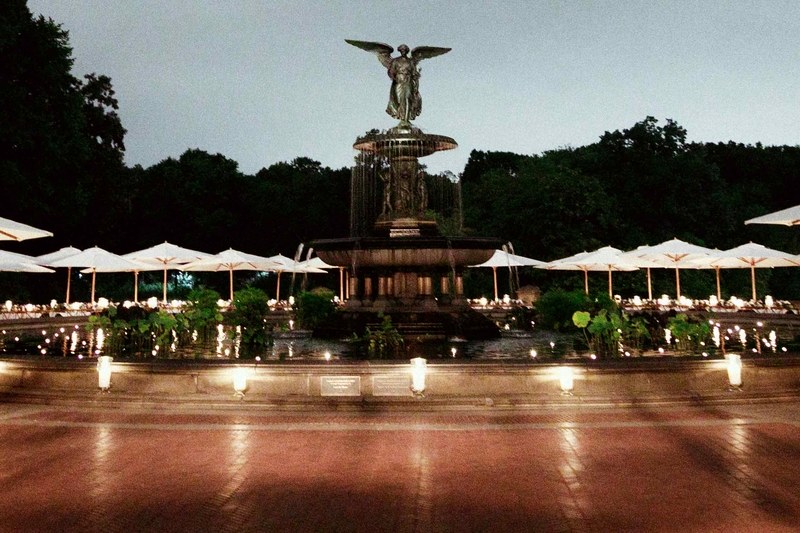 Born in the Bronx, Lauren was born of Jewish immigrant parents as the youngest of four siblings. While working as a sales associate for a clothing company, Lauren created the ‘Polo’ line in 1968. After 50 years of iconic work, Ralph Lauren has won considerable awards, including the American Fashion Legend Award, and has built his company into a major player in the fashion industry.

Despite a changing world and fashion viewpoint often leaning towards the new and surprising, Lauren has held fast to an ideal and image through his pieces. “I make documentary features about America — he makes dreams about it,” said Ken Burns, the filmmaker, who has known Mr. Lauren since 1993. Many of Lauren’s touch points were included on the runway, from plaid and leather of the American west, tweeds and stripes of the English countryside, collegiate and sports motifs, and sequined Gatsby-esque details. 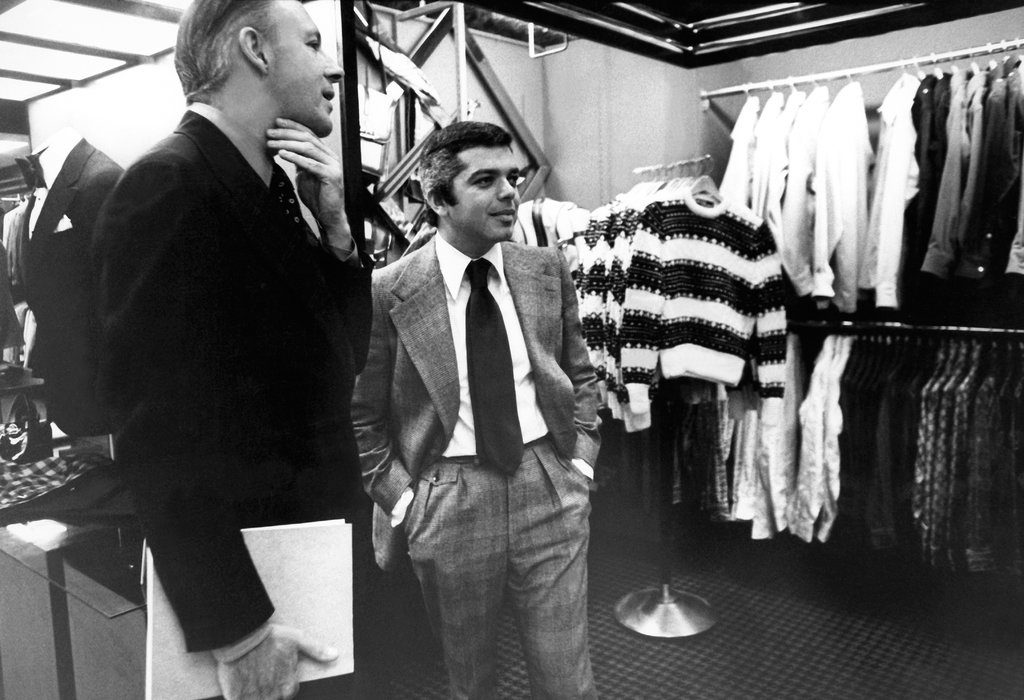 Lauren at the Polo boutique in Bloomingdale’s in 1971, New York Times 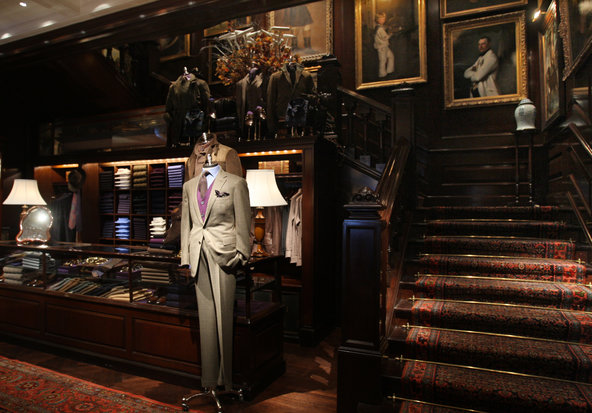 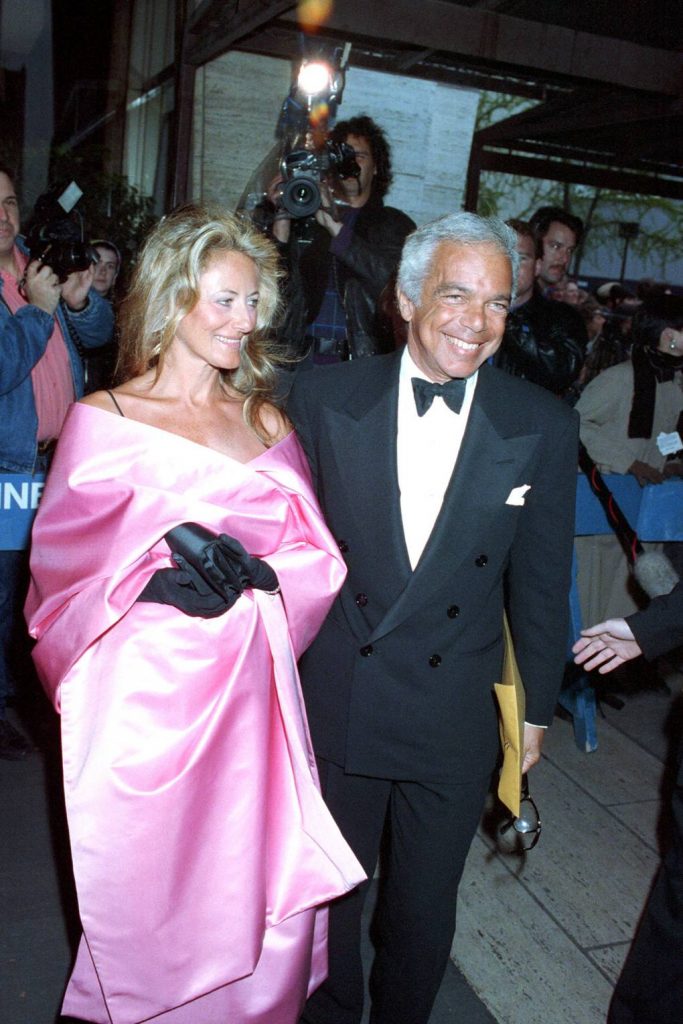 The runway included over 100 looks, worn by models of all ages and backgrounds. As the New York Times fashion editor Vanessa Friedman noted, “it was the haute patchwork gowns collaged together from scraps of tapestry brocade and velvet, dripping silk fringes at the seams, that summed it up best: a career as a collage of what once caught our collective imagination, refined over seasons.”

After the show, while sipping drinks and awaiting dinner, the guests listened to Oprah give an emotional speech celebrating her friend and the importance his brand had in her life. “You inspire us to be elevated to a higher sense of beauty,” she told him. She genuinely thanked Lauren for “bedazzling us all these years.” 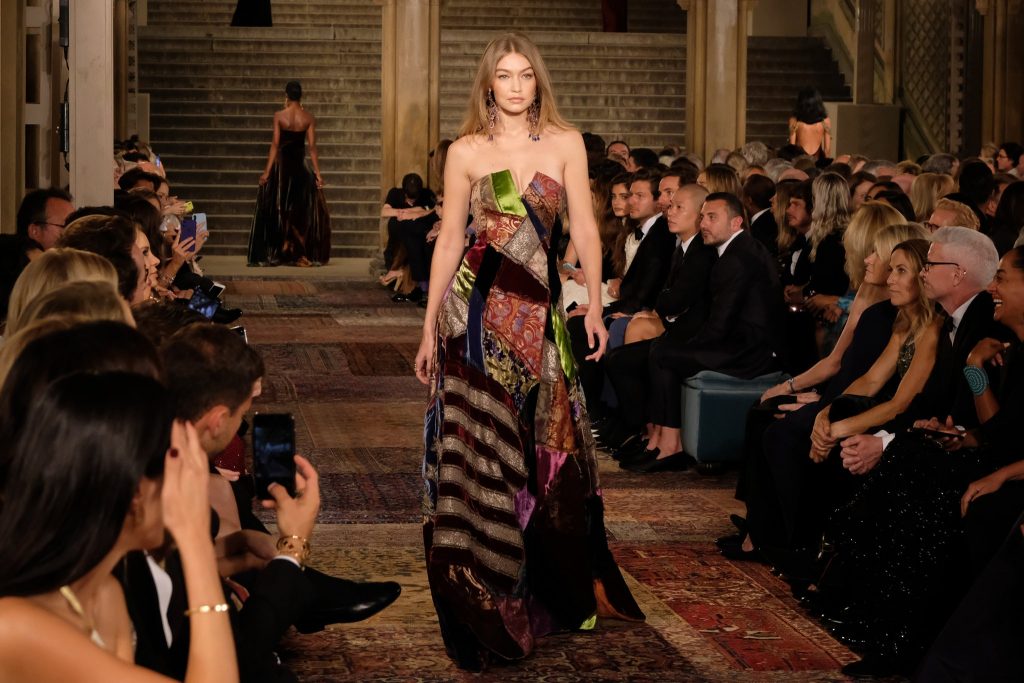 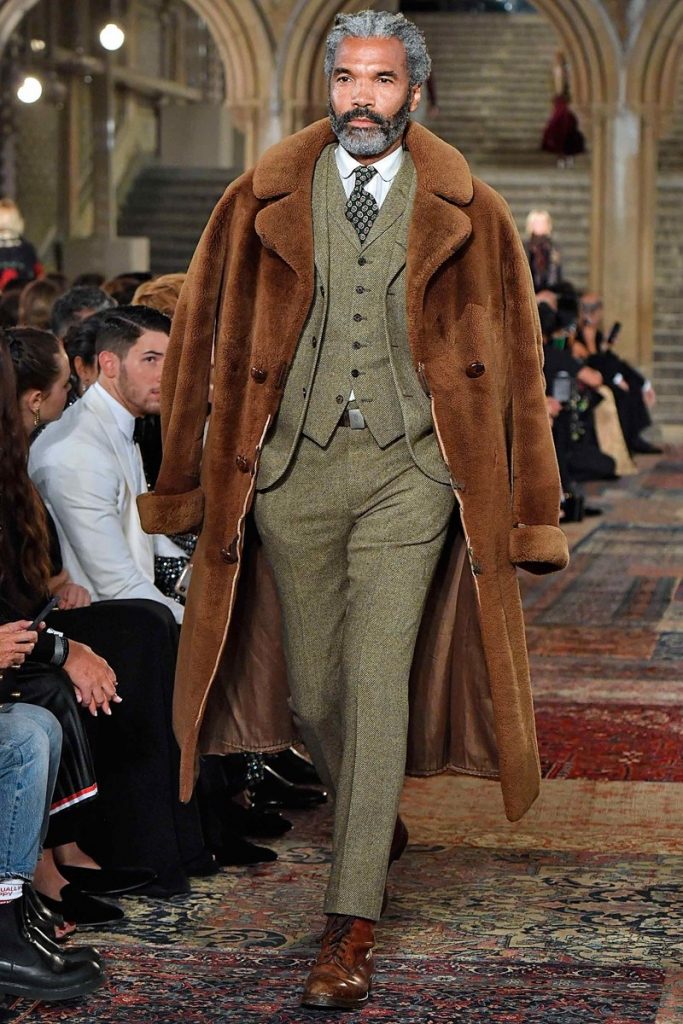 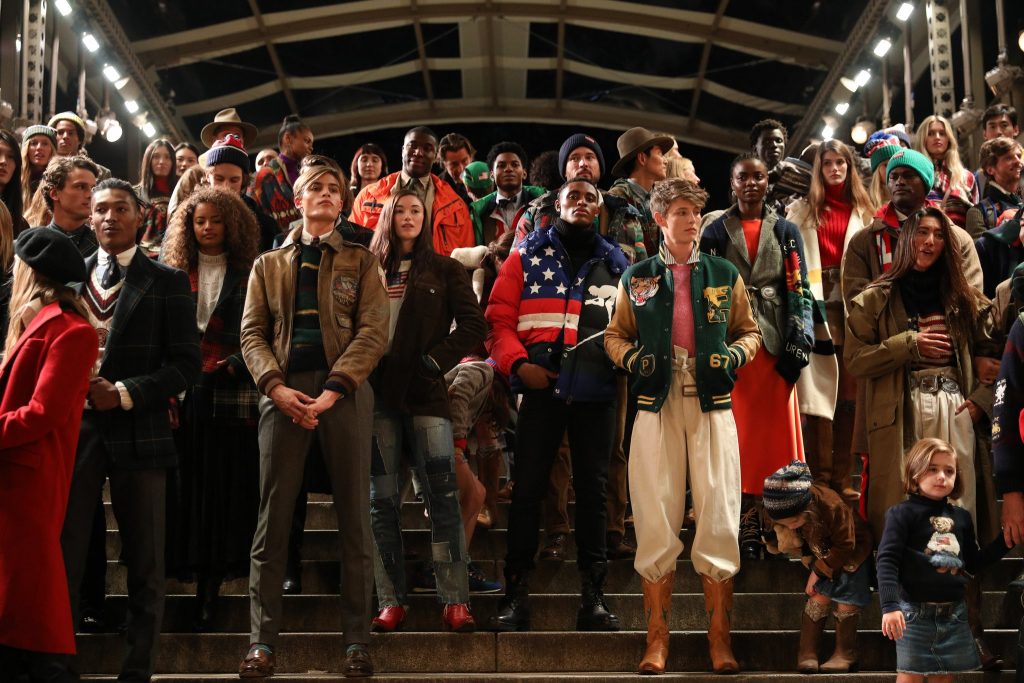 Each look and detail of the show epitomized the strength and glamour of Lauren’s ideals. As Oprah wrapped up her speech, she confirmed the importance of his work and story: “Fifty years of you stimulating our ambitions, 50 years of you creating a sense of value, that brought goodness and wholesomeness to glamour. Your story exalts our collective story… You care about the things that matter. You care about home. You care about freedom. You care about integrity. Integrity — a word we need more of.”